I’ve “known” (i.e., been phone-chatting with) director Rob Cohen since the early ’90s, and have always found him bright, affable, witty, open. He’s a Harvard University grad and a very good gabber. I remember what a terrific job he did seven years ago on The Fast and The Furious, and how he recaptured that old Sam Arkoff-ian, American International Pictures B-movie vibe, and particularly how he fought to end it on a note of justice rather than legality. 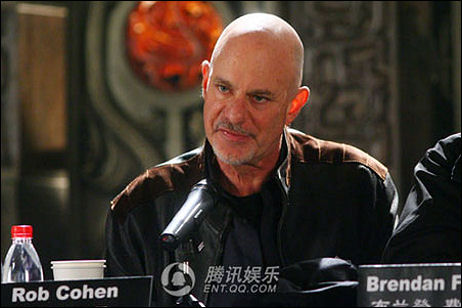 But everything Coen has done since has been (and it pains me to say this) either cheesy or bloated or forced or otherwise problematic. And now comes his latest, The Mummy: Tomb of the Dragon Emperor, which, to go by a couple of friends who’ve seen it and particularly by the word of Variety critic Todd McCarthy, looks like a piece of shit. T
The cretins, I’m sure, will pay to see the new Mummy movie in droves anyway. It is immaterial to me and mine whether financial profit ensues. If you haven’t made a movie with genuine spirit and spunk and a semblance of originality, you’ve dishonored the movie gods and deserve to be punished.
Here‘s a January ’07 assessment about how and why Cohen got the Mummy job some eighteen months ago. It’s a tough world out there with the once-respectable Universal churning one groaner after another in recent months and loathsome hacks like Stephen Sommers always ready and eager to soil and pollute. I’m sorry things are like this. I feel badly for everyone, truly. I would rather feel love than vent hate.
Here‘s an excerpt from an interview piece I ran about Cohen and The Fast and the Furious back in ’01, when I was writing for Reel.com:
“One of things I liked best about TFatF is its ending. It feels earned, justified, ‘right.’ In my book, a good ending is at least 50% of the game. I won’t spoil Cohen’s finale, but it involves a cop letting a criminal slide because friendship and mutual respect have developed between them over the course of the film. 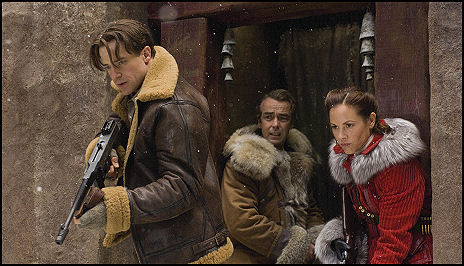 “The last two lines before the film goes to credits are ‘Do you know what you’re doing?’ and ‘I owed you a ten-second car.’ As endings go, it’s damn near perfect. I was somewhere between 75% and 80% positive on the film before it happened. Afterwards, I was totally sold.
“Cohen says, ‘There was a lot of nervousness from Universal execs about [the ending], and I had to fight for it. One thing I said is that the honor among these characters is what’s going to work on a heart level. There’s a difference between legality and justice…and we opted for justice. We went out on a note of honor.”
“The fact that it ends without the bad guy getting cuffed or killed is a certifiable plus for the sheer fact of its unusualness. ‘Some of the best movies end with a delicious ambiguity,’ Cohen explains. ‘Ending it this way was the perfect thing…it was like cutting a diamond.
“I knew what I was doing [with this film],” says Cohen. “I was after a B-movie with style and heart about a world and a subculture that is true to the world and not some rainbow-coalition Gap ad. My greatest hope was that a multi-ethnic audience would show up…and that’s what happened last weekend. I was happier that this happened, more than the $40 million…but I’ve gotta tell you, this is one fucking happy day.”
See what I mean? Cohen is no dummy. He gets it and then some. He understands that movies are nothing without the internals. Then why has the poor guy been out of the groove since ’01, or at least not found one as good or satisfying? It’sd puzzling.
The IMDB says that Cohen’s next film, which he’ll direct and produce, may be King of the Nudies, a dramedy based on the life of Russ Meyer. That sounds like a good ‘un. Here’s hoping.