Due respect to The Envelope‘s Tom O’Neil, but I don’t think it’s fair to characterize an argument or miscommunication between Frozen River star Melissa Leo and first-time director Courtney Hunt as evidence of Leo having had a “diva fit.” It’s fine to argue, misread, blow off a little steam. If above-the- liners don’t argue now and then during a shoot it’s probably an indication that the film will be mediocre. 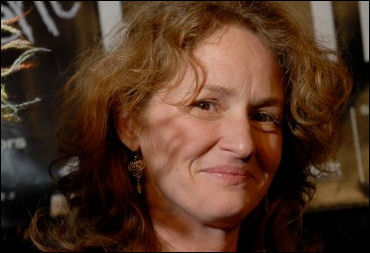 O’Neil’s ire was triggered by Leo’s account of the argument in a q & a between herself and Us critic Thelma Adams in this 7.29 Huffington Post-ing. I think Tom, good fellow that he is, has made a mountain out of a molehill. I’m sorry, but there will be no dinging Melissa Leo on this site about anything. She’s too talented, too phenomenal, too world-class.