Watchmen director Zack Snyder “is currently battling Warners over the ultimate running time of his film, which is three hours,” reports Variety‘s Anne Thompson from Comic-Con. “He’s trying to cut it down, but doesn’t want to lose a character like Hollis, a guy who gets murdered about half way through. 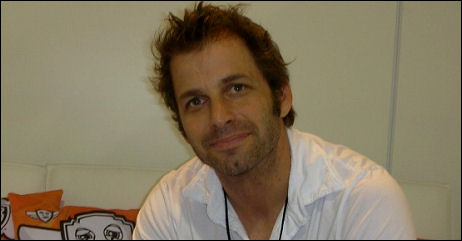 “‘I’m not ready for that yet,” Synder says. ‘If Dark Knight got two and a half hours, Watchmen should get fifteen minutes more. I’m trying to be reasonable.’
“Snyder is caught between the Scylla and Charybdis of the studio’s commercial demands and the fans who love the comics,” Thompson remarks. “A movie has to reach beyond the faithful, remaining accessible to mainstream moviegoers.”
This reminds for some reason of a 1994 Daily News headline that bannered an interview I did with Wyatt Earp director Larry Kasdan, to wit: “Draw At Count of Three, Wyatt….Hours!”
Today’s Watchmen presentation is the only Comic-Con thing I really wanted to see. But I wasn’t going drive all the way down to San Diego just to do that.