There are at least three circumstantial points to consider regarding Christian Bale‘s mystifying arrest in London today over allegedly assaulting his mother and sister. I mean, on top of the basic head-scratching reaction that is probably manifesting worldwide right now. 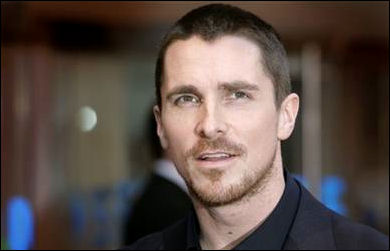 The three things are (1) the incident happened at the Dorchester Hotel last Sunday night, or the night before The Dark Knight‘s Euro premiere, (2) the two women made the allegation at a local police station “in Southern England” (where…Brighton? Dover?) and that the information was then passed on to London’s Metropolitan Police in London, and (3) London’s Sun tabloid has allegedly reported that the cops “didn’t question the actor Monday because they didn’t want to interfere with the premiere of the movie.”
I’m basically observing that there didn’t appear to be a huge sense of urgency or ticking-clock concern about this matter on anyone’s part. An alleged assault on Sunday followed by an arrest two days later because the police didn’t want to muck up the premiere? Mom and sis left London to some town in the south and then they reported the incident? Why not go to the local London police? And who assaults their own mother and sister, for God’s sake? Sounds more like a scuffle about something that escalated. A very, very weird story.