When Things Were Good

It’s not that I haven’t been reading Larry Gross‘s “48 HRS. Journal” series — a note-paddy, stream-of-consciousness memoir of his experience as a screenwriter on that semi-legendary Walter Hill film — at MCN. I’ve been swigging it down along with everyone else. A lot of it feels like solid first-person stuff, sharply observed, perceptive at times, honest. 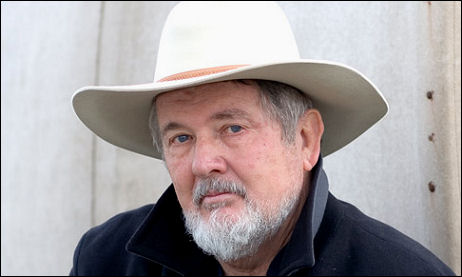 But the occasional Sloppy Joe aspect has begun to to grate and piss me off. At times it reminds you of that Truman Capote “this isn’t writing, it’s typing” crack. You can say “hey, where’s the editing?” or you can say, “Wow, Gross’s avoidance of traditional sentence and paragraph structures is too cool!” Call me an old-school guy. Why didn’t Gross just buckle down and tighten this sucker into shape?
It is very nice knowing, however, that that the legendary four-minute-long shot of Nick Nolte prowling around a police precinct — uncut, moving from desk to desk, cop to clerk and back again — was shot on June 16, 1982. And it’s mildly interesting knowing that the Paramount brass — Michael Eisner, Jeffrey Katzenberg, etc. — wanted Eddie Murphy axed from the film because he wasn’t funny enough, or a good enough actor.
Whatever happened to Walter Hill? He sounds like such a wise and tough hombre in the Gross series, but he’s been convincing many of us that he’s been in a creative dead zone for 20 years now. I mean, it hurts but let’s face it.
The fact is that the Walter Hill label really meant something for about a ten-year period. He made seven strong (or reasonably half-decent) stylish actioners with a recognizable auteurist stamp from ’75 to ’84 — Hard Times, The Driver, The Warriors, The Long Riders (which I consider his absolute best), Southern Comfort, 48 HRS. and Streets of Fire. He was regarded back then as a class act — a bright, thoughtful and seasoned fellow who read lots of books — even though he carried a slight swaggering-hack aura. A little touch of that skilled-whore Sam Peckinpah vibe. 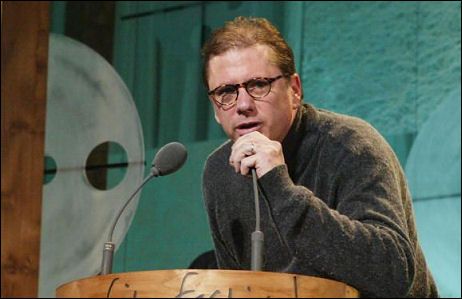 Then came the long gradual downturn into schlock and mediocrity — Brewster’s Millions, Crossroads (which was awful — I knew Hill was in big trouble the minute I saw it), Red Heat, Johnny Handsome, Another 48 HRS., Geronimo, Wild Bill, Last Man Standing, etc. He hasn’t been “Walter Hill” for so long, it looks like up to me.
It doesn’t figure that a guy who “had it” and was considered one of the Big Guns would gradually cheese out and melt down on a slow-mo basis unless….well, unless some sort of personal problem took over. I’m presuming that was the case, or maybe Hill just ran out of gas. He’s been working and all, but the best thing he’s done this century is direct a Deadwood episode. Hill is not that old (66 is the new 51), and an artistic comeback in the big-screen arena would be a truly great and exciting thing.