No one watching this classic 1959 film has ever paid attention to Martin Landau‘s offscreen dialogue once Eva Marie Saint spots the matchbook. Go ahead — try to pay the slightest attention to Landau’s words: “There he is. He’s heading pretty far out on the north leg and awfully high. I guess he’s going play it safe with a long slow descent. Hmm….couldn’t ask for a better night than this. Ceiling and possibilities unlimited. Ahh, there he goes, starting his turn. Well, we’d better get moving. He should have is wheels on the ground inside of three minutes.”

Politico‘s Mike Allen has written a mini-preview of a “blockbuster” Atlantic article called “The Front-Runner’s Fall,” and in so doing reported that Mark Penn, the widely loathed campaign strategist for Hillary Rodham Clinton‘s campaign, advised that Barack Obama should be portrayed as having a “limited” connection “to basic American values and culture.”
In short, Penn advised Clinton to portray Obama as an “other,” which is more or less what her campaign implied from time to time anyway and is certainly what John McCain‘s campaign is implying now.
Atlantic senior editor Joshua Green reports that Penn “suggested getting much rougher with Obama in a memo on March 30, after her crucial wins in Texas and Ohio: ‘Does anyone believe that it is possible to win the nomination without, over these next two months, raising all these issues on him? Won’t a single tape of [the Reverend Jeremiah] Wright going off on America with Obama sitting there be a game ender?”
Green also writes that “major decisions during her campaign for the Democratic presidential nomination would be put off for weeks until suddenly Clinton ‘would erupt, driving her staff to panic and misfire.'”
“Green reports that on a staff conference call in January where Clinton received ‘little response’ or ‘silence’ to several of her suggestions for how to recover from the Iowa loss and do better in New Hampshire, ‘Clinton began to grow angry, according to a participant’s notes,’ Green recounts. ‘This has been a very instructive call, talking to myself,’ she snapped, and hung up.”
The eight-page article “draws on internal memos, e-mails and meeting notes to reveal what the magazine’s September issue calls ‘the backstabbing and conflicting strategies that produced an epic meltdown.'”
Penn, the presidential campaign’s chief strategist, wrote in a memo to Clinton excerpted in the article: “I cannot imagine America electing a president during a time of war who is not at his center fundamentally American in his thinking and in his values.”
“A key take-away from the article,” says Allen, “is that Clinton received a lot of accurate advice, including from Penn. He wrote a remarkably prescient memo in March 2007 about the importance of appealing to what he called ‘the Invisible Americans,’ specifically ‘WOMEN, LOWER AND MIDDLE CLASS VOTERS’ — exactly the groups that helped Clinton beat Obama in key states nearly a year later.
“But no one synthesized and acted on the good advice.
“‘The anger and toxic obsessions overwhelmed even the most reserved Beltway wise men,’ Green writes. ‘[H]er advisers couldn’t execute strategy; they routinely attacked and undermined each other, and Clinton never forced a resolution. [S]he never behaved like a chief executive, and her own staff proved to be her Achilles’ heel.
“What is clear from the internal documents is that Clinton’s loss derived not from any specific decision she made but rather from the preponderance of the many she did not make.”

There has been, I’m told (and this is no big deal), an effort by Universal to lure Judd Apatow and the gang away from Sony. So in order to seduce everyone into feeling warm, happy and soothed about their relationship with Sony (as well as extend thanks for Pineapple‘s $40.4 million earnings since Wednesday), Sony chairman Amy Pascal has, I’m told, gifted Apatow and nine others with brand-new, straight-out-of-the-showroom Lexus hybrids. 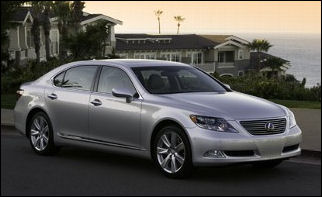 I’m not 100% sure about any of this or, if it’s true, if ten Lexus hybrids were in fact purchased. (A reliable well-placed source called and told me so, is all.) But I’m told that on top of Apatow the new-car owners are Pineapple costars Seth Rogen and James Franco and — here’s a mild eyebrow-raiser — Columbia co-presidents Doug Belgrad and Matt Tolmach, who were given their power-sharing posts about ten or eleven weeks ago.
Lexus hybrids (the precise name is Lexus LS 600h L) were going for $104,000 a pop last year at this time, so the cost of ten would obviously be roughly $1,040,000, not including tax and license fees. This is good. Spending is always good. Spread it around. Uncork the champagne.
We all remember Steven Spielberg gifting Richard Dreyfuss, Holly Hunter and John Goodman with brand-new Mazda Miatas when they all finished shooting the execrable Always. (Nineteen years ago…wow.) I haven’t heard about any other car-gifting sprees by studios, but it probably happens from time to time.

It’s been pointed out that this Full Metal Jacket still is more than a little similar to the Reuters/Gleb Garanich shot — taken yesterday in Gori, Georgia — that I used in the “Boiled Down” story earlier today. 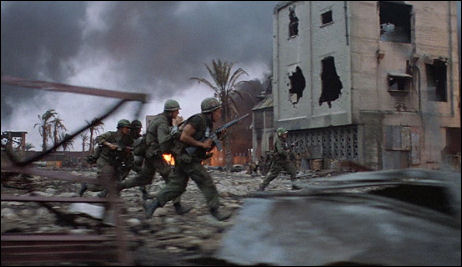 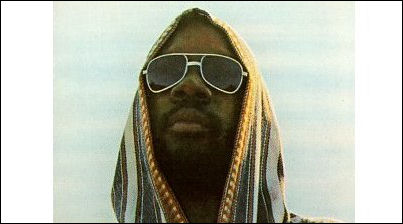 “For some reason, super-strivers have a need to sell what is secretly weakest about themselves, as if they yearn for unmasking. [John] Edwards‘ decency and concern for the weak in society — except for his own wife. Bill Clinton‘s intellect and love of community — except for his stupidity and destructiveness about Monica. Bush the Younger‘s jocular, I’m-in-charge self-confidence — except for turning over his presidency, as no president ever has, to his Veep. Eliot Spitzer‘s crusade for truth, justice and the American way — except at home.” — from Maureen Dowd‘s 8.9 column, “Keeping It Rielle,” in the N.Y. Times.

Following yesterday’s story about George Willig and his amazing climb up the south tower of the World Trade Center in May 1977, artist and photographer Michael Cardacino sent me some shots he took of Willig on the big day. The hidden shot (just click on “George Willig”) is utterly wonderful. 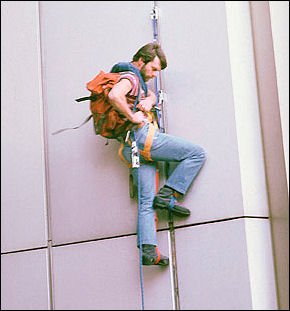 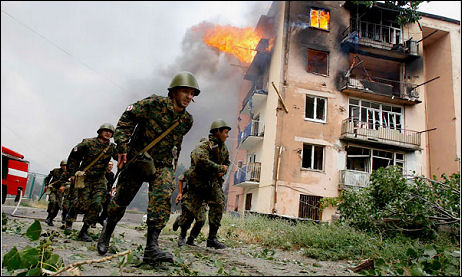 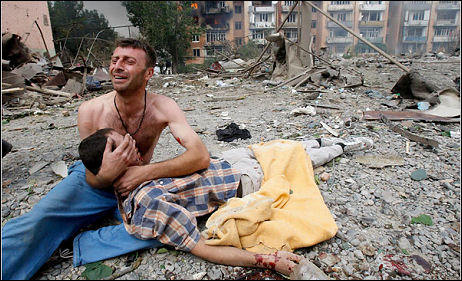