“Anything can be great. I don’t care… bricklaying can be great if a guy knows. He knows what he’s doing and why and can make it come off. When I’m really going…I feel like a…like a jockey sittin’ on his horse. He’s got all that speed and power beneath him, comin’ into the stretch, the pressure’s on, and he knows…he can just feel when to let it go and how much. Because he’s got everything going for him — timing, touch. It’s a real great feelin‘ when you’re right, and you know you’re right.” 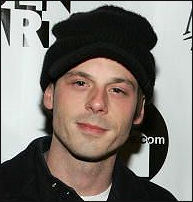 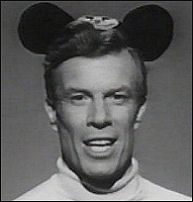 Midnight Kiss is a dry and recognizably human thing, “real” and uncloying, youngish and yet seasoned, sharply written and believably acted except for two supporting performances. I have some minor issues with it, but it’s easily the most engaging film of its type to come along since I don’t know when.
It’s set in Los Angeles and is certainly an “L.A. movie” through and through. One of its virtues, perhaps its principal virtue, is Robert Murphy‘s black-and-white photography, which has some of the most romantic silvery images of big city since Gordon Willis‘s work in Woody Allen‘s Manhattan. Murphy’s photography is of downtown L.A. with a little Silver Lake and deep Hollywood thrown in.
And yet Los Angeles seems to be the only hip town it hasn’t played in yet. ISATMK has been on the worldwide festival circuit since April 2007 (starting with the Tribeca Film Festival), and has opened in New York, Cambridge, San Francisco, Seattle, Berkeley, Washington, D.C….you name it. It finally opens here next Friday.
I’m hoping to do a sitdown with Holdridge and the cast (Scoot McNairy, Sara Simmonds) on Tuesday, or maybe the day before or after.

Not as funny as James Franco in Pineapple Express, and a little too broad and undisciplined to be called “believable.” But probably the most influential stoner performance of the last 15 years.

The Paul Greengrass-may-direct-The Trial of the Chicago 7 story has been shot down by Greengrass in an e-mail to CHUD’s Devin Faraci.

Yesterday I heard a little something about Paul Newman being close to talking that walk across the footbridge, and today the Hollywood Newsroom guys, who know absolutely nothing (and don’t even put timestamps on their postings), reported they’ve heard from “two sources” that he’s passed. It sounded to me like a time-waster but you never know. You have to at least ask, I mean. Vanity Fair, after all, decided to run their obit piece weeks ago so they wouldn’t be bringing up the rear by waiting for Newman’s curtain to literally come down.
So I called Newman’s biographer Shawn Levy (who’s just finished writing about Sometimes A Great Notion) and he hadn’t heard squat. And then I called Ashley Varese, the smug-sounding managing editor of The Westport News. I say this because Varese chuckled when I repeated the rumor and asked if she’d heard anything. Despite Newman having reportedly ended his chemotherapy treatment and returned to his Westport home to wait for it, Varese thought it was amusing that anyone would be so daft as to suppose there might be some truthful basis to the rumble. She chuckled the way certain publicists chuckle when they try to dismiss something you’re trying to learn about as being a “non-story.” I took an instant dislike to her. People who chuckle derisively when you’re making an honest inquiry need to slapped upside the head.
This, in any event, is my last Newman-watch posting. To be on the safe side this afternoon I’m going to record some of my favorite Newman dialogue moments (which I’ll run as part of my obit), but otherwise I’m just going to bide my time and wait for it.

Jett just pointed me to this Daily Kos piece about the PUMAs, calling it “another example how stupid and bitter the never-say-die Clinton supporters can be. They sound like children, saying Obama isn’t the nominee till the convention. Hello? GET OVER IT!”

At the end of David Grubin‘s LBJ, the landmark 1991 documentary about the tragic story of Lyndon Johnson, historian Ronnie Dugger says that Johnson “was just interesting as hell. I mean, you know, compared to most people who kind of go through life vainly, making their dreadful moral points of condemning this or hoping for that or scratching the back of their head, Lyndon really moved. He was moving all the time. The few times I was with him, it was — he was just fun to be around.

It struck me last night that the dual worlds of politics and the film industry are overflowing with people of this type. Slick operators who are quite likable and charming and have really gotten around and seen the world and learned about human behavior first-hand — people you always enjoy talking to, hanging with and are always waving to at parties — but when you take a couple of steps back and seriously consider what they do, what they’ve done and what they’re actually about, you can’t help but go “hmmmm.”

I for one love morally or ethically dubious people who are walking energy forces as long as they’re not sexually molesting children or serving as concentration- camp guards. I love wit, energy, color and intensity of spirit, and while I respect virtue, principle and goodness I’ve never been very enamoured of people who embody these traits. The truth is that I tend to like right-wing guys as people, in part because they tend to shoot straighter than liberals. I just can’t stand their beliefs and alliances. I’d probably be okay with Bill O’Reilly over beers.

Last night I finally read Patrick Goldstein‘s 8.12 story about Warner honcho Alan Horn‘s lack of interest in releasing anything but tentpolers, and particularly his willingness to sell off three mid-range Warner Bros. films — Gavin O’Connor‘s Pride and Glory, Danny Boyle‘s Slumdog Millionaire and Guy Ritchie‘s RocknRolla. As Goldstein put it, Horn is “open to offers” as far as Pride and Glory is concerned. 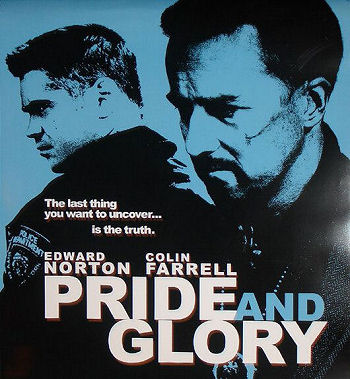 I haven’t seen the Boyle or the Ritchie, but I saw and raved about O’Connor’s film after catching it last April, and now, several months months after New Line’s Bob Shaye pulled the plug on its March 2008 release and bumped it into 2009, and a few subsequent months after Warner Bros., the inheritor of New Line’s slate after New Line became a WB subsidiary last February, said it would open Pride and Glory on 10.24.08, another big cheese is talking about pushing it aside. Again.
As Ned Beatty‘s character says in the third act of Deliverance, “My God…there’s no end to it.”
I’m not predicting that Pride and Glory is going to set the box-office on fire when and if it opens on 10.24. I do know that as high-velocity moralistic family crime dramas go, it’s way above average and in no way a burn.
As I wrote last April, Pride and Glory is “wild and manic and surging with energy and sometimes mad as a loon (but rightly so, given the dirty-borough-cops storyline), and it really left me open-mouthed at times. If you’re a distributor, you don’t yank movies like this. You need to show some moxie and push them as best you can because quality wills out, damn it, and demands a day in the sun.”
I realize that Pride and Glory is still slated to open on 10.24 and good for that, but Horn said what he said and that’s what I’m responding to. 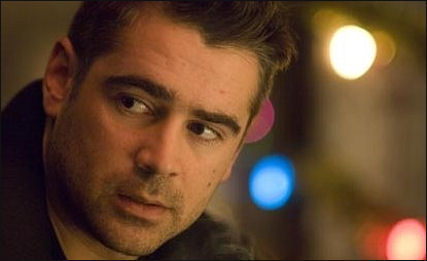 In the same way that historian Ronnie Dugger once said that he just knew back in the ’60s there was something fundamentally wrong about the Vietnam war — about “a huge industrial power going in and crushing a small agrarian nation” — I’m dealing with a similar voice saying that it’s just fundamentally wrong on a deep-down level for a company like Warner Bros. — ostensibly in the business of providing gripping entertainment for the paying public — to talk about blowing off a film as good as Pride and Glory because, in the view of management, it won’t make box-office history.
Horn is right — it won’t. But it’s a good film that deserves to be put out there. Not because it’s a cash cow but because you don’t throw away movies of quality any more than a farmer fails to water his crops or feed his livestock. Not releasing Pride and Glory would make things a little easier for those working for Warner Bros. distribution, yes, but there are actions one can take in life that are spiritually honorable and spiritually dishonorable, and this is one of the latter.
Do this, Mr. Horn, and the ghosts of Hollywood past — ethereal remnants of those people who built this town into a formidable cultural force by putting out movies that fit into the idea that theatres are chuches — will forever wince at the mention of your name. Plus the Movie Gods will darken your karma for many moons to come.
I realize, of course, that Warner Bros. has been trying to extricate itself from the “movie business” for a long while and is trying to get itself more and more in the event movie or tentpole business yaddah yaddah, but even with this barren agenda a top WB honcho talking about a willingness to sell off O’Connor’s film — particularly after all the prolonged grief and political maneuvering he was forced to go through with New Line earlier this year — is some kind of dereliction of duty. Movies have souls and so do audiences, and theatres are churches.