Variety is reporting that Tom Cruise‘s longtime partner Paula Wagner is in talks to abandon her CEO berth at United Artists, which she’s held since 11.2.06 when she and Cruise took hold of the UA reins, and despite her being a co-owner of UA with Cruise and MGM. Obviously there’s been friction and rancor and she’s leaving under some sort of duress, but what are the particulars? 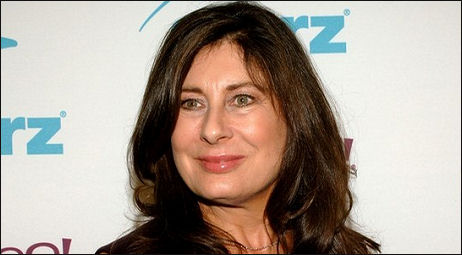 I have calls out to a few people, but until some real answers come in I have to presume that the factors behind the sudden upheaval are (a) the general Titanic-like vibe at MGM/UA, (b) adverse relations between Wagner and MGM worldwide motion picture group chairperson Mary Parent, (c) the MGM suits allegedly not liking Wagner either, (d) Valkyrie, (e) the de facto actor’s strike slowing everything down and to some extent getting in the way of Cruise-Wagner greenlighting anything. This, at least, is how an agent friend summarized it a few minutes ago.
A rival studio chief didn’t have any fresh or hard information, but observed/speculated that “they’re imploding over there…they lost Jeff Kleeman, they lost Dennis Rice….there’s a lot of tension between [Wagner] and Harry Sloan and Tom and the whole thing….everybody’s second-guessing them in the press…there’s been a lot of in-fighting …it’s certainly not like Paramount, where they were treated like royality…and Paula’s got plenty of money and probably just threw up her hands and said, the hell with this, I don’t need it.”
Nikki Finke‘s report seems to have a good handle on the situation. Sample graph: “The behind-the-scenes rupture of any reasonable relationship between UA and MGM really became evident this week. That’s because no one outside of those two companies knew that Wagner’s inability to pull the trigger on projects is now threatening to kill part of the $500 million financing from Merrill Lynch. I’m told specified start dates and release dates haven’t been met, so UA could lose a goodly portion of that credit line. The only solution is now for MGM to step in and immediately greenlight two UA motion pictures by the trigger dates. But Wagner’s camp is trying to spin this as MGM usurping UA’s independent authority so that MGM boss Harry Sloan can finally get his hands on UA’s money since he hasn’t been able to score financing of his own.”
Wagner and Cruise have been producing partners since ’93 and now, unless I’m misreading or misunderstanding, they’re technically parting company as well.
Wagner “will produce projects under her independent shingle,” the Variety story says, and also with UA, working with Cruise and MGM on various films she has already developed, including Guillermo del Toro‘s film version of the British TV adventure series Champions, among others.
Cruise and Wagner formed Cruise/Wagner Productions in 1993. They made Vanilla Sky, The Last Samurai, War of the Worlds, the Mission: Impossible series, Without Limits, The Others, Narc, Ask the Dust and Elizabethtown.