Oren Shai‘s Films in Review interview with Israeli producer Menaham Golan reminded me of my service as an in-house publicity writer for Cannon Films, which Golan ran with partner Yoram Globus in the ’70s and ’80s. Cannon was an industry joke but my job, which lasted from ’86 to early ’88, was sometimes fascinating. I became friendly with Barbet Schroeder as we worked together on the Barfly press kit, and I buddied up with a lot of other cool people, including Tough Guys Don’t Dance director-screenwriter Norman Mailer. 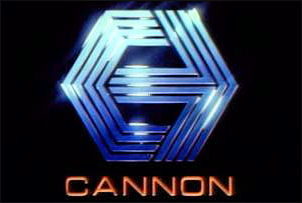 I always tell the story of being asked to interview Globus for a corporate profile. During our chat Globus named the biggest selling videos of the ’80s, ticking them off title by title, but his dense Israeli accent presented obstacles. One of these films, he said, was “weezudofauhz.” I couldn’t decipher what he meant when he said it, so after it ended I took my tape recorder downstairs to my office and played the “weezudofauhz” portion for a couple of colleagues. We listened over and over until it finally hit us. Globus was trying to pronounce the title of a 1939 Victor Fleming film that costarred Judy Garland, Bert Lahr, Ray Bolger, Jack Haley and Margaret Hamilton.
My Barfly press-kit duties also allowed for a visit to the modest Long Beach home of Charles Bukowski. The casually-dressed, pot-bellied Bukowski was warm and gracious. Kindly, self-effacing. Chuckling to himself from time to time. And quite sharp. More than once he referred to himself in the third person (“Bukowski has always liked this,” etc.) He knew I was in awe of him to some extent and said at one point, having read some of my stuff, “He’s influenced by Bukowski.” I naturally wanted to drink with the guy, and Bukowski, perceptive fellow that he was, obliged with servings of Coors or Dos Equis. In bottles, as I recall.