Slate‘s John Swansburg has just posted a piece asking readers to divulge which Netflix movie they’ve hung onto the longest without actually watching. He’s referring, of course, to DVDs people have rented for purposes of nutrition or artistic intrigue (a 1950s Samuel Fuller film, say, or or an Iranian film that Scott Foundas or Robert Koehler have done back-flips over) rather than something in the way of straight entertainment, easy emotional comfort (Howard Hawks‘ Only Angels Have Wings) or sleazy-cheesey exploitation. 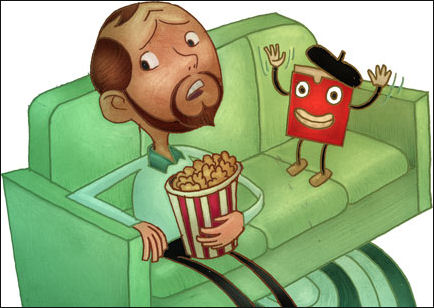 “It happens to all Netflix subscribers eventually,” writes Swansburg. “Your buddy the film buff drags you to a revival of Antonioni‘s L’Avventura. To your surprise, you find yourself rapt. Upon returning home, you log in to your Netflix account and move La Notte, the second film in Antonioni’s ennui trilogy, to the top of your queue. It arrives a few days later, just as L’Avventura‘s spell is starting to wear off.
“You watch Anchorman instead. You totally still want to see La Notte …but now you’ve mailed Anchorman back and here is Ghost Rider— starring Nic Cage! La Notte can wait. And it does. For weeks. You’re never quite in the mood to watch it, but you can’t quite bring yourself to return it, either.
“Back in the days of the late fee, there was no shame in returning a movie unwatched. You had every intention of settling in for an evening with Jean Renoir, but then the dog ate a Lego, there was a great rerun of Frasier on, and next thing you knew the tape was due at the video store. Oh well. With Netflix, sending a disc back unviewed feels like an admission of failure. You thought you had the patience to sit through Interiors. Turns out you didn’t.”