N.Y. Post Lou Lumenick reportedly whacked Roger Ebert with a film-festival program binder during last Saturday morning’s Slumdog Millionaire press screening (which began at 9 am — I was there) and the story doesn’t come out until five days later? What was Rush & Molloy’s source waiting for? 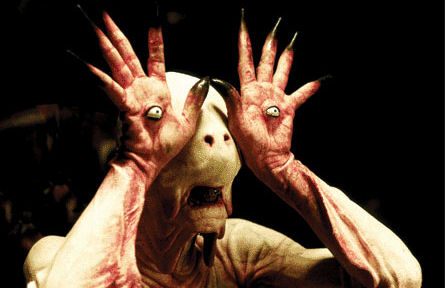 “Soon after the lights went down,” Rush & Molloy have written, “a man in the audience started yelling, ‘Don’t touch me!’ People looked around and shrugged. Ten minutes later, the voice yells again, ‘I said don’t touch me!'”
“Again, people shrugged off the disturbance. But a few minutes later, says our source, ‘the guy stands up in the darkness and thwacks the guy behind him with a big festival binder. He hit him so hard everybody could hear it. Everyone freaked out and turned around.'”
Ebert couldn’t see all that well, apparently. And he couldn’t ask Lumenick to…whatever, slump down or move to the side because he can’t talk due to cancer surgery. And so Lou-Lou stood up and let him have it. I have to be honest — this doesn’t play all that favorably for the N.Y. Post critic and movie blogger, but then stuff happens in the throes of movie-watching passion. You know how it is. You get all cranked up and in no mood for distractions of any kind.
Lou is a mild-mannered gentlemen by my experience. He reportedly didn’t apologize to Ebert, but unless scratches or bruises were incurred it’s probably best to let it go.
This is in fact what Ebert said today when he wrote a piece about the incident.

September 11, 2008by Jeffrey Wells33 Comments
« Previous post
Superb In Every Respect
Next post »
Return to the Well