The enthusiasm that MGM is showing for Robert Weide‘s How To Lose Friends and Alienate People (Friday, 10.3) is clearly not what it could be. A friend says he hasn’t seen any TV ads, but the main indicator for me is that 42 West, the agency hired to screen HTLFAIP for MGM, has barely screened it. On top of which I never received an invite for last Monday afternoon’s screening at 4 pm. And when I wrote asking why earlier today, it took them six or seven hours to reply. 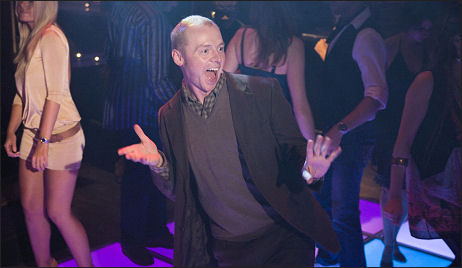 There was one other L.A. screening two or three weeks ago, but this seems to be the way of the world these days. You need to chase publicists for invitations to screenings. You have to hound them, corner them and sweet-talk them into inviting you. Not each and every time but more and more often. Unmistakably. And it’s not just me.
The reason 42 West hasn’t shown How To Lose Friends, of course, is that it appears to be a problem movie, as in, like, way too coarse and aimed at the apes.
In Weide’s defense, I’m told by a guy who knows him that he was pressured all through filming to dumb it down, and that he had to fight this pressure day after day, tooth and nail. If Todd McCarthy‘s 9.30 Variety review is an accurate indication of how the film plays, it seems that Weide lost the battle.
“‘How to lose friends and alienate audiences’ is the lesson taught by this cleverly titled but noxious British comedy about a Limey scribe trying to carve a notch for himself in the glam world of high-end New York publishing,” McCarthy begins. “Despite being based on the popular 2001 memoir of former Vanity Fair contributing editor Toby Young, How to Lose Friends & Alienate People, features a protag so uncouth and inept it’s impossible to believe he’d hold his job for more than a week.
“Producers may have been inspired by The Devil Wears Prada to think a male variation could cause B.O. lightning to strike twice, but it’s not going to happen, even if Simon Pegg‘s presence rouses a certain interest, especially in the U.K. 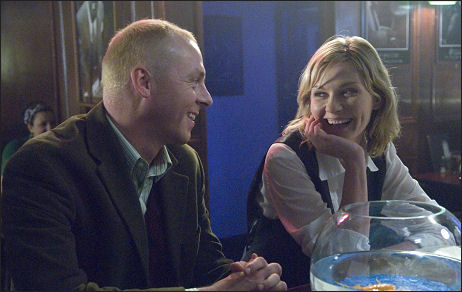 “The diminutive, blond-tressed Pegg, who cut a comic bigscreen swath in Shaun of the Dead and Hot Fuzz, is nothing short of malodorous as Sidney Young, a desperately striving, celebrity-chasing London journo whose embarrassing disruption of a BAFTA Awards party unaccountably earns him a job offer from Gotham-based Sharps magazine honcho Clayton Harding (a very long-haired Jeff Bridges).
“Turning up for work in a vulgar T-shirt, arrogantly considering his initial assignments beneath him and freely admitting he regards Con Air the greatest film of all time, Simon rubs everyone the wrong way; he manages to annoy Pat Kingsley-like PR maven Eleanor Johnson (Gillian Anderson), repulse rising editor Lawrence Maddox (Danny Huston) and accidentally kill the beloved Chihuahua of this year’s hot young thing, Sophie Maes (Megan Fox).
“Perhaps scenarist Peter Straughan was entitled to some license to exaggerate, but he goes too far when, in a sudden spasm of sincerity, he audaciously tries to encourage a rooting interest in a romance between the terminally boorish Sidney and his lovely office supervisor Alison (Kirsten Dunst), despite her entirely justified initial distaste for him. The further this story strain is pursued, the more of a turn-off the whole enterprise becomes.”