The climax of the final interview between David Frost and Richard Nixon in 1977 came when Nixon said the following about his Watergate legacy: “I let down my friends, I let down the country, I let down our system of government and the dreams of all those young people that ought to get into government. I let the American people down. And I’ll have to carry that burden the rest of my life.” 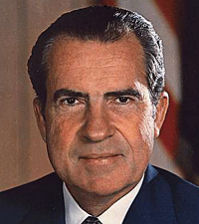 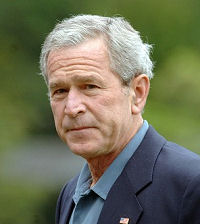 It hit me as I was watching the Nixonified Frank Langella say these words in Frost/Nixon (Universal, 12.5) that for his all his venality and paranoia, Nixon — a very intelligent and knowledgable fellow by even the yardstick of his enemies — at least had the character to admit this. Who believes that George Bush, Jr. will ever say anything similar?

Every indication is that Bush will go his grave before saying anything like the following: “I not only misled the country but shamed the office of the Presidency by lying and fabricating our way into the Iraq invasion, by turning the huge Clinton surplus into a massive deficit, by ignoring the Kyoto Accords and hastening the onset of global warming, by presiding over a the creation of a new class of super-wealthy Americans that undermined middle-class economic security, by sitting in that Florida classroom like a chump after hearing about the WTC attacks, ” etc.