Weinstein Co. reps didn’t have anything to say this morning about whether or not they’re opening John Hillcoat‘s The Road, an adaptation of the post-apocalyptic Cormac McCarthy novel with Viggo Mortensen, Robert Duvall, Charlize Theron and Guy Pearce in the lead roles, in November or December or next year or what. I was told I’d hear something later today. 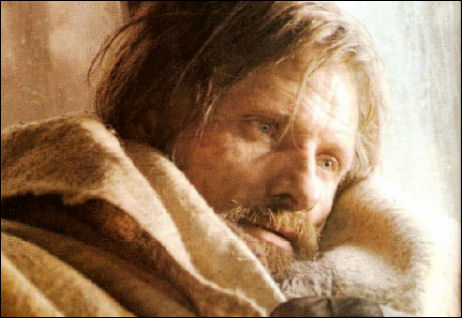 A release-date decision was supposed to be resolved yesterday, according to a 10.15 Stephen Zeitchik story in the Hollywood Reporter. Pic was originally skedded to open limited on 11.14 with an 11.26 wide release, but it was recently shifted to sometime in December (as this Coming Soon page states). Over the last couple of days there’s been talk that an ’08 release may be scuttled altogether.
Possible (purely speculative) reasons: (a) The Road isn’t playing as well as it could and needs more time to be “finished”; (b) The Weinstein Co. can’t afford handle two Oscar-angled campaigns at once (with The Reader presumably being priority #1); (c) It’s too gloomy for an end-of-the-year film and doesn’t it the mood of the country, especially in the event of a possible Obama triumph on 11.4.

October 17, 2008by Jeffrey Wells12 Comments
« Previous post
Luck of the Draw
Next post »
“A Work of Imagination”?