Everyone remembers W. costars Josh Brolin and Jeffrey Wright being arrested last July at a bar in Shreveport, Louisiana, along with five other W. crew members who had worked on the just-wrapped Oliver Stone movie. Brolin was maced; Wright was tasered. [Note: Stone told me today the initial discord was due a racist attitude.] Some or all of the W. guys were taken down to the station and had to post bail. 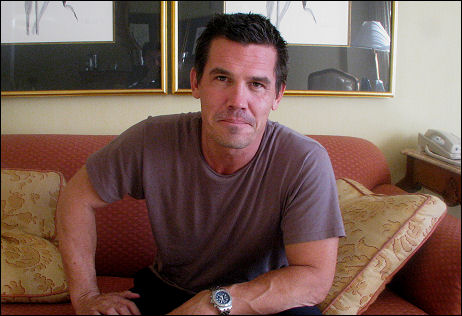 There was said to be a cell-phone video of part of the incident, which I can confirm today to be absolutely the case.
I later wrote that Brolin should make a short film about this incident, but he said his hands were tied because he’d been told to shut up about it. Today, however, he opened up.
It was during an interview we did late this afternoon during the W. junket at the Four Seasons hotel. Before reading the transcript and listening to the recording, know that Brolin is looking at a court date in Shreveport in November or December to answer charges of interfering with an arrest. He and his lawyers, asserting there was no such interference, have been waiting for Shreveport authorities to drop the charge and make amends, but this has never happened.
Anyway, here — with minor edits — is a transcript. [The comments in brackets are my questions or clarifications.]
“What we were really waiting for was for them [the Shreveport authorities] to dismiss it. We were waiting for them to do the right thing. The mayor, prosecuting attorney, whomever. I don’t know everything that happened. I do know there was no fight. None. I do know that I was maced and that Jeffrey Wright was tasered. There was no defiance, no struggle. There was no fight. There was no resistance.
“I know my assistant got arrested or asking too many questions. Twelve questions. [So what the cops perceived as a lack of submission to their authority…?] I don’t know. I don’t see it. I look at the tape, which everyone will eventually see….I look at the tape and I go ‘where is the fight’? I don’t understand where the fight is. [Was it] me saying, ‘Hey, where are you taking [Jeffrey]?” because I want to get him out? After I asked for the third time. 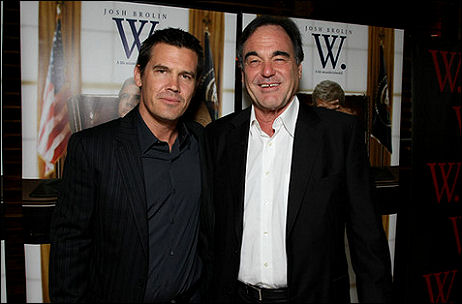 “And they didn’t want…maybe they looked at me and said ‘you know, he’s a big boy, he’s got a bald head…heh-heh-heh! We don’t want to deal with him, [and] we don’t want him possibly getting out of hand maybe.’
“[But] none of us were drunk, we had just finished shooting three or four hours before. We were out…in the beginning, it was like [smacks hand] okay! It was time! We did it! We were so proud, what an accomplishment!…and then this fucking happens. To me it was ridiculous. I have never seen…I have never ever, ever, ever, ever seen an escalation of paranoia and abuse like that…ever. And I know a lot of cops. Everybody knows I have a checkered past and I’ve been in situations that are kind of tough. I’ve never ever been treated like that by cops. Ever.
“[A cop will normally side with the local guy, the guy he knows.] Yeah, but I don’t think that was it. I don’t know the specifics between Jeffrey [Wright] and the bartender, but he was asked to leave, and I know that was why the cops came, to say okay, it’s time to escort you out. Not because [Jeffrey] was yelling or screaming. He was just saying look, I’m here with my friends, I’m celebrating the end of our movie, and then they escorted him out, [and] we wanted to know why, and they didn’t want to tell us. They immediately resorted to violence. Which is what the police are there to try and stop and prevent. That didn’t happen. They were the violent ones.
“It was us going….you can see it on the tape…us going ‘whoa, whoa, whoa, whoa, whoa.’ There was no fight-back at all. My lawyers are befuddled right now. They do not understand and they have never experienced anything like this. The dealings with the Shreveport legal system.
“[So when’s the tape going to come out?] I don’t know, I don’t know. Probably pretty soon. Or maybe after we go to court. November, December. Something like that. [Why are you going to court?] Because charges were pressed against me. Oh, yeah. Interfering with an arrest. I got the least, I got the least. My assistant got interfering with an arrest because of the questions asked, and then she got resisting arrest because she stepped forward as they were trying to push her face into the ground. 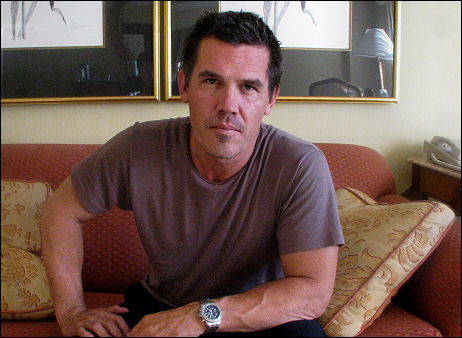 “I mean, really severe, man. Truly, truly. Not to be too maudlin or morbid. But I’ve been around the police my whole life. I have so many policeman friends and police woman friends, and I’ve never never, ever, ever seen anything like it. All the time I was in jail I could think, the whole time…okay, they’ve arrested us knowing that their economy, part of their economy is based on the film industry. Okay, that’s one…knowing this is wrong. Secondly, they know we have some leverage. With the press, with this…they know we have some rebuttal, something, some reaction. They know that.
“Then I thought every person that goes through here…they have nothing, they have nothing, they’re forgotten. So I wonder how many people have been abused by this system? So then I started researching . They had a kid who died from a taser, 21 year old kid. Almost 300 people have died in the last five years. From tasers? It’s unbelievable, man, and the fact that they resorted to that when there was no violence?
“So, I’m telling you…I’ve never told any of this to anybody, but I’m giving this to you ’cause I just talked to the lawyer yesterday. And I said you know what, it’s too long now, I’m done, I’m done being nice. What’s the worst, they’re gonna put me in jail a couple of months because I spoke out about [their] abuse?”