I’m down for a Reader screening tomorrow at 2 pm, and then a 7 pm Benjamin Button unveiling at MOMA’s Titus with a David Fincher q & a to follow. Whatever and however I and my New York colleagues wind up responding the next morning, the L.A. crowd has gotten the first looksee and posted the first reviews, and that’s that.

“When The Curious Case of Benjamin Button reaches its climax, it is extraordinarily moving,” she begins, “although some find the movie cold and dispassionate. It may pack a more powerful punch the older you are and the more people you have lost. In that case it will score with the Academy, who will also recognize the skillful filmmaking on display.

“The movie marks a seismic shift in terms of what is possible in moviemaking. What Fincher and his team have done is no small technological feat. Button starts off as a CG-aged baby, moves through CG-altered older Pitt faces superimposed on small bodies, and then proceeds to the ‘real’ Pitt wearing makeup and then getting younger and younger.

“Thus the film’s central performance is in great part a visual effect. (Cate Blanchett is also made younger digitally, but aged with makeup.) That accounts in part for the movie’s high cost (well above $150 million) but is also its primary limitation.

“Thus while I admire the film’s amazing accomplishment — it’s hard to imagine that anyone but the digitally sophisticated Fincher, who has become adept at “painting” his digital canvases, could have pulled this off–the movie is not entirely satisfying. But given what it is, it’s hard to imagine it being done done any better. The actors are superb, especially Pitt and Blanchett, who should earn Oscar noms.

“What’s missing has partly to do with the limitations of the technology. Button reminds me of Peter Sellers as Chauncey Gardner in Being There. He’s oddly passive and restrained, zen-like as he floats through all the decades, watching, listening, learning. He narrates the tale via his diary, along with his dying love Blanchett. We see him engaging with people, but he never says much. We see him from the outside; we never get under his skin, and we never learn the fruits of his wisdom. He stays much the same.

“Still, the movie is sadly beautiful, of a piece, as impeccably wrought as its ornate clock that runs counterclockwise. Do Paramount and Warner Bros. have a prayer of making their money back? This movie needs all the help it can get, from anyone who loves movies and wants the studios to take more risky bets like this one.”

This didn’t air last night on SNL….beeep. The image of a naked, bitch-slapped Joe Leiberman….beeep….walking his McCain-loving ass back to Connecticut from Washington, D.C., is worth it in itself.

The latest estimate is that Twilight will end up with $70 or $71 million by tonight. It made about $20.7 million yesterday plus $35,948,000 combining Thursday midnight and Friday. It’ll bring in another $45 million or so during the five-day Thanksgiving holiday (especially with fewer people travelling this year due to economic worries). It will probably end up with $150 to $160 million at the end of the day.

Quantum of Solace will make $27,193,000 by tonight, which is a 60%drop from last weekend’s opener. That’s not a good hold. It should have been down about 40% to 45 % tops, meaning that people who saw it last weekend didn’t like it all that much.

MSNBC’s Rachel Maddow is six feet tall? She’s shorter than me by only half an inch without shoes? TV and movies always conceal and never reveal body size. I remember meeting James Mason in ’83 or thereabouts and feeling startled by the fact that he was a fairly sizable guy, very nearly my height, which strongly contradicted my movie impression that he was maybe 5′ 8″ or 5′ 9″, at best. I have 100 stories like this.

“I would be happy to watch James Marsh‘s documentary Man on Wire on a continuous loop, preferably shown on the wall beside my desk, volume off, while I try to write,” says author Ann Patchett in a N.Y. Times “Screens That Matter” piece compiled by Emily Gould.

“Aside from being deft on a high wire, Philippe Petit was smart enough to have made plenty of footage of his gorgeous and glorious youth, rolling around in tall grass in the French countryside with his friends, walking the wire with his girl on his back. But the film’s true moment of glory was also Petit’s: the 45 minutes he spent traversing the space in the air back and forth and back and forth between the two World Trade Center buildings. He bows, salutes, kneels and then, as if the glory of the world has finally overwhelmed him, he simply lies down in the clouds.

“His art was exhilaration, fearlessness, a wild grab at life. The wire he and his friends strung at night between the two towers formed the intersection of recklessness and precision. And those buildings, those silent supporting actors, you can’t help marveling at how young they are.

“In August 1974, when Petit took his morning stroll, they were still raw on their upper floors, not completely finished. I would wish for those buildings that they could someday be remembered for how they began — with the felonious act of a young man who was madly in love with them, their height, their audacity, their doubled beauty — instead of how they ended. Man on Wire gives those towers back to us, at least for a little while. It also reminds us of all that art is capable of when what is risked is everything.” 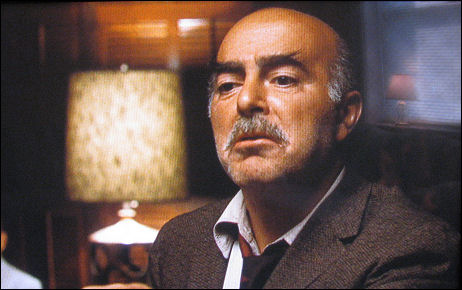 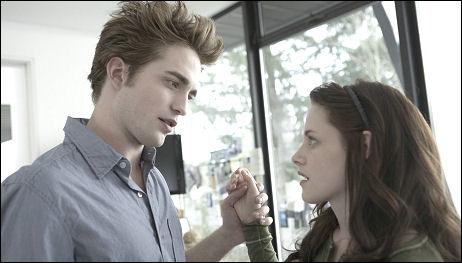 I love watching this scene on a Sunday morning. For some reason it works especially well on this day and at this hour (i.e., around 10 am). Fresh from the shower, a cup of strong coffee, the morning sun faintly filtering through the curtains, Cary Grant, Eva Marie Saint, that train along the Hudson and Ernest Lehman‘s dialogue.

“It’s so sad. I guess it’s always changing. What else can I say? I just wake up each day in a slightly different place. Grief is like a moving river, so that’s what I mean by ‘it’s always changing’.It’s a strange thing to say because I’m at heart an optimistic person, but I would say in some ways it just gets worse. It’s just that the more time that passes, the more you miss someone. In some ways it gets worse. That’s what I would say.” — Michelle Williams speaking about late partner Heath Ledger with Newsweek‘s Ramin Setoodeh. 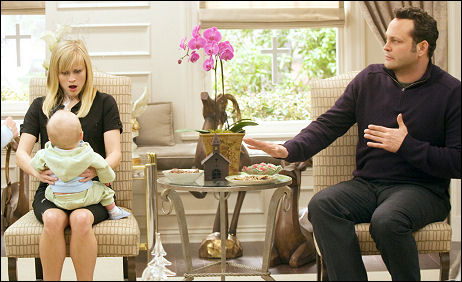