All right, that’s it — Twilight author Stephenie Meyer gets a permanent cultural demerit for telling Entertainment Weekly that Robert Pattinson‘s performance in the upcoming movie version is “Oscar-worthy.” 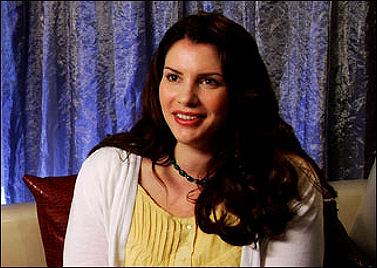 Pattinson has a bright future ahead, but only a shameless and unrestrained egotist would call his performance, no matter how affecting or dynamic, a piece of Oscar bait, given that Twilight is generally considered to be gothic-romantic teen-girl trash and is therefore automatically out of consideration. On top of the fact that Summit Entertainment is barely screening Twilight and pissing journalists off as a result, or certainly making them suspicious.

Meyer “realizes that the hope of Twilight getting Oscar respect may have the blood drained out of it by the fact that this is a vampire romance and it’s basically aimed at teens,” according to Entertainment Weekly, but “when they see the movie — oh, my gosh — there’s no way not to love him!”

Maybe so — Patinson is obviously a good-looking guy and we’re all partial to Brits besides — but in what diseased realm does puppy-goth lovability translate into Oscar-worthiness? Meyer has to learn that without certain Oscar criteria agreed to and enforced by the filmmaking and film-reporting community, nothing means anything.

Oh, and Meyer gets another demerit for spelling her first name “Stephenie.”