Australia (20th Century Fox, 11.26) is extreme cinema by way of director Baz Luhrmann‘s massive ego. We all know Luhrmann is no fan of naturalism, but Australia‘s manifestation of ultramagical reality made me want to plotz. Call Luhrmann the anti-Budd Boetticher or Anthony Mann or Sam Fuller — a sworn aesthetic enemy of any solidly workmanlike approach to muscular outdoor filmmaking and telling forthright tales. Australia is a wackazoid big-canvas thing, and God help anyone who comes to it not willing to be injected with Baz serum. 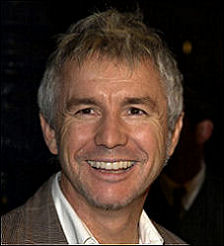 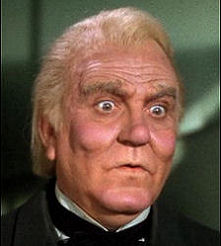 And that’s fine if you can roll with it. I couldn’t. It put me off. It’s too spiked with mescaline. And I say this as someone “experienced.”

Partly a love story, partly about Nicole Kidman‘s strangely immobile forehead, partly about an ambitious Red River-ish cattle drive and lastly — you could almost say anecdotally — about the bombing of Darwin, Australia, in early 1942, there isn’t a frame or line or gesture in this whopper of a movie hasn’t been hugely futzed with by way of emotional investment and/or digitally reconstitution. To me it felt just as hyper, cranked up and visually steroid as Luhrmann’s Moulin Rouge, Strictly Ballroom, Romeo + Juliet , etc. It’s nuts.

What is the primary focus of Australia? Baz Luhrmann’s big-dick imagination, and his determination and ability to visualize every last aspect of every last drop of rock-your-world razmatazz. He achieves that. A less talented fellow wouldn’t have tried, much less dreamt of such a thing.

All the rest of the elements and components — Kidman, the scenery, the cattle, the brawny and bearded Hugh Jackman, the cute Aboriginal kid Brandon Walters, the loutish big bellies in the bars, the evil-icious cattle barons David Wenham and Bryan Brown, the man-eating alligators, the Japanese planes that attack a tiny little island with nothing on it but a chapel, a minister and a bunch of intinerant children, the bloated and relentlessly rum-swilling Jack Thompson, David Gulpill ‘s Aboriginal spirit figure (called “King George”) and all the rest of it — are strictly secondary.

It all comes down to The Wizard of Oz, which is frequently and blatantly referenced. The bones of the story are told by Kidman to Walters, Judy Garland clips are shown twice, “Over The Rainbow” is sung, hummed and orchestrated. The metaphor is simple, mate. This is a film set in a country commonly referred to (certainly in the pages of old-time Variety) as Oz, and Luhrmann is the wizard — the puller of strings and levers behind the curtain, the kindly fellow pulling off a flim-flam, the rascal with the booming amplified voice, the releaser of clouds of billowing black smoke and other awesome effects.

Trust me — that’s all this movie is about. Look at me, I’m a wild man, look at what I can do, I’m so extreme I can barely stand it, welcome to my world, blah blah. It’s certainly eye-filling and, okay, emotionally gripping toward the end, but it taxes the soul and sets the foot a tapping.