Easy to Care About

“There’s never a doubt that the losers-at-love of British writer-director Joel Hopkins‘ Last Chance Harvey are on intersecting arcs, that they’ll meet cute and stroll off into a sooty London sunset. But stars Dustin Hoffman and Emma Thompson (reunited after 2006’s Stranger Than Fiction) are so disarmingly charming that even the most treacly moments work an emotional magic. 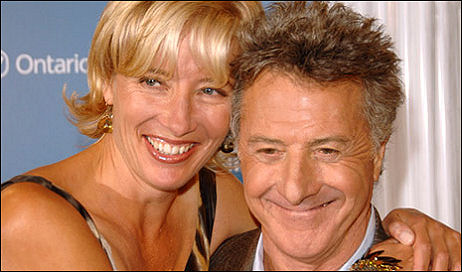 “Auds may skew a bit older for the Overture Films release, but the hardest cases will be moved and tell their friends. Some couples just look good together. Thompson and Hoffman look like an exclamation point walking a hedgehog. The physical incompatibility gives them added personality, but it also emphasizes the innate awkwardness that has found their characters alone at middle age.” — from John Anderson‘s 9.11 Variety review.