Spoiler-Sensitive Types Beware: Baz Luhrman‘s Australia, which will have its first screening on or about 11.18, or eight days before it opens, is perceived in some quarters to be a little too broad and big-screen schmaltzy to warrant major interest. (That’s strictly a reaction to the trailer, of course.) Well, I have a suggestion for upping the intrigue. But before I mention it, though, the spoiler whiners need to stop reading right now. 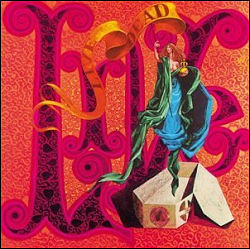 Sunday’s news from Down Under was that Luhrman “has bowed to studio pressure for a happy ending by letting Hugh Jackman‘s character live instead of die.” My idea (and I think it’s inspired) is that 20th Century Fox should release the “dead Hugh” version in a small number of big-city theatres — 15 or 20 or 25 prints, tops — while mass-releasing the “live Hugh” version to mainstream theatres coast to coast.

What am I saying in essence? That Fox’s theatrical plan simply imitate the multiple version DVD aesthetic in the roll-out plan. We’re all familiar with alternate versions and Director’s Cuts and seeing different formats (35mm vs. IMAX) in different theatres, so why not follow this lead during the initial theatrical opening? I would frankly rather see the “dead Hugh” version, which I gather is the one Luhrmann favors. Who wouldn’t?

If I was Fox chairman Tom Rothman I’d release the “live Hugh” version wide so as to protect the film’s potential revenue, but where’s the harm in letting particular people see the director’s cut at the same time in a few select theatres? Obviously people like me would want to see both to compare. The film would take on a certain intrigue if this was to happen.