Special preview footage from JJ Abrams‘ Star Trek (Paramount, 5.8.09) was shown here tonight for fanboy press and exhibs. We were only shown four scenes, but what we saw was jaunty and full of spirit, handsomely and at times beautifully composed (images of massive, mall-like super-cities rising over the plains of futuristic Iowa were a highlight for me), boasting more than a few loose and nervy performances. My favorite was Zachary Qinto‘s Spock because of his natural Vulcan authority, but I’ve always been a sucker for high intellect. 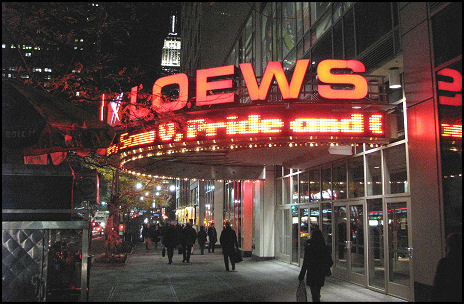 Here‘s a riff on the showing by AICN’s Louqacious Muse.