I’m not understanding this Gurus o’ Gold Dark Horse chart, which was updated yesterday. Where are the Bright Horses? Is Guru ringmaster David Poland telling us things are too vague and uncertain for Bright Horses to be named? The Gold Derby Buzzmeter crowd (to which I belong) had no problem naming their top-ranked Best Actor and Best Actress picks in their just-posted chart. 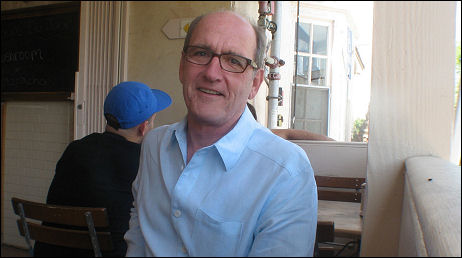 I’ll tell you who one of the Bright Horses is — The Visitor‘s Richard Jenkins . His inhabiting of an emotionally tucked-under middle-aged academic who gradually blossoms through his relationship with a small family of immigrants is the crowning performance of his career. And yet the Gurus have him down as the leading Dark Horse. What the holy fuck does that mean? Jenkins is a gifted, charming and resourceful actor — one of the most nimble and dependable artist-craftsmen in the business. And then The Visitor comes along and he hits it out the park, and that’s a Dark thing?

I’ll tell you what Jenkins’ Darkness means. It means that the Gurus believe him to be a worthy outside-shotter because his campaign isn’t being supported by Big Money (i.e., Overture, which doesn’t have the pockets of the major distributors), and because the Bright Horse contenders (whom the Gurus don’t name) are more deeply rooted in the industry’s emotional terra firma — Sean Penn, Clint Eastwood, Leonardo DiCaprio, Frank Langella — or, in the case of The Wrestler‘s Mickey Rourke, because Jenkins isn’t a contrite Comeback Kid looking for absolution.

It’s wrong, wrong, wrong for Jenkins to be saddled with this classification. It’s happened because of safe, tepid, pack-mentality thinking, and the age-old impulse to kowtow to economically and emotionally established celebrity club members. I pick my favorites this way also — let’s be honest — but I’ve near once dreamt of downgrading Jenkins to Dark Horse status. It’s unthinkable. His Visitor turn is too sublime, too full of feeling in a disciplined, carefully measured way. 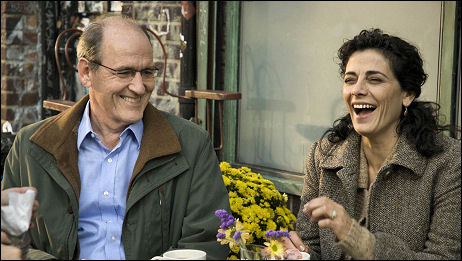