End of the Hat

This is my last and final post about the emotionally vivid cowboy hat, which connects to an item I ran yesterday. Which you need to read along with the comments in order to understand the context. Okay? Do that first and then come back to this. 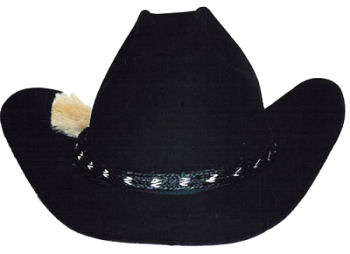 The Star hotel is a b & b — not a hotel. I stayed there in ’07 and ’08 and was very content to do so. Carol Rixey, who’s been managing until this year (when her son took over), runs it quietly and efficiently but with a kind of personal touch. She makes you feel as if you’re staying in someone’s home back in 1962 or something. My mother would love it if she was still getting around. So would have Gary Cooper , I suspect, if he had dropped by during the Eisenhower administration.

For the Star is a quiet little old-time America trip — a kind of time-capsule remnant of the way it all used to be and feel. (Except for the wi-fi.) It’s a homey little place with family pictures and little knick-knacks on the walls, and it all makes you feel good and settled-down. Carol serves breakfast in the morning, there are always potato chips and pretzels and cheese squares on the kitchen table, and if you’re feeling sick with a fever (as I was last year, beginning on the day that Heath Ledger was found dead) Carol might offer you a homemade remedy or a first-aid pack that she keeps in a box near the front entrance.

But you have to be a mellow, quiet, laid-back type to fit in. Some haven’t. A couple of lesbians going through relationship problems stayed there last year — it was a little bit weird. A pair of Australian party animals stayed there the year before — they were coarse and gross and stank of booze in the morning, and one of them slurped his Cheerios like a pig. But the Toronto Globe and Mail‘s Liam Lacey has stayed there year after year in a very col and quiet way. He gets it, fits in, etc. As I have. 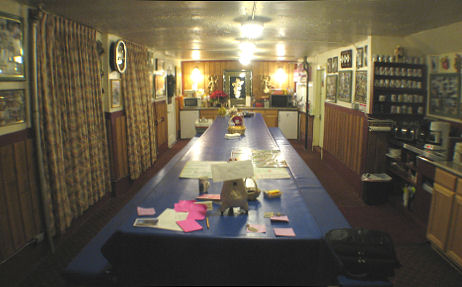 Carol is a Texan but she kind of reminds me of my grandmother (my mom’s mom) in a tough way. She’s no softy and won’t take any guff, but she’s maternal and caring in her way. And I came to feel very cared for there. I could talk to Carol like she was family and vice versa. And the wifi is pretty damn good. Not the fastest but always functioning.

So when I said to her last year that I’d like to leave my cowboy hat there so I could just pick up in ’09 where I left off in ’08, I was obviously saying to her (in my head at least, and I can’t imagine how she could have interpreted this any differently) that I’d like it very much if she could be a nice and considerate grandma and hold my hat for me, and that I’d be back to stay the following year. Simple and quite clear all around. I trusted her to get what I meant because, I figured, she surely recognizes the trust and affection that we’ve had between us over the past two years.

But now things have ended badly. Very badly. I just heard from Carol that she considers my having discussed the matter in the column to be a form of blackmail (a somewhat hysterical interpretation, in my view) and that she’s given my hat to the Park City police and that I can pick it up there when I get to town. The fuzz, for God’s sake! She’s brought the cops into this! Talk about a violation of the trust that comes with friendship and the values of good grandma-hood!

The idea that nice people can turn around and suddenly act erratically and illogically (to put it in gentle terms) is not a very pleasant one, but obviously it happens. Good God. 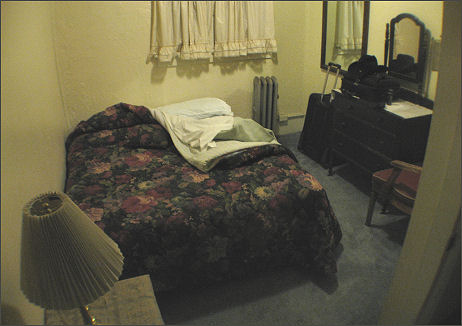