Variety‘s Anne Thompson is reporting that Sony Pictures Classics has paid $3 million for Western Hemisphere rights for Lone Scherfig‘s An Education “after a heated bidding war. 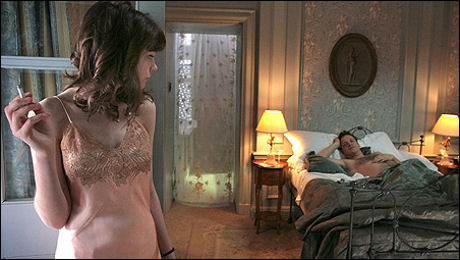 “The deal closed Monday night. Fox Searchlight tried to grab the film with an early preemptive bid, but the offer was deemed too low by sellers CAA, Endeavor and Endgame Entertainment, which financed the $12 million ’60s romance with BBC Films.

“Fox Searchlight came back into the negotiation on a second round but was unable to close; also bidding were The Weinstein Co., Focus Features, Lionsgate and Overture. SPC will launch the film in the fall with an eye on an awards campaign.”