I once had a dispute with a guy over the proper role of a Hollywood columnist-commentator. He felt that columnists should basically be receiver-responders — that they should only write about what the entertainment community puts before them. Baaaah. That’s obviously part of the game, I said, but he was thinking too passively. A go-getter columnist should also adopt the mentality of a senior vp of creative affairs for the entire entertainment industry. Come up with new ideas, approve or disapprove of scripts, and so on. 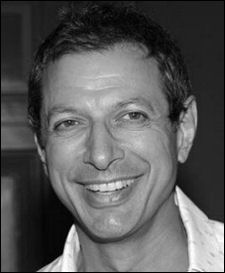 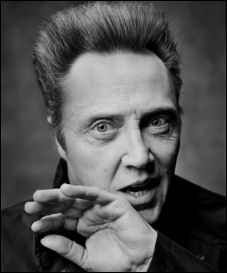 All to explain that during a recent phone interview with Adam Resurrected star Jeff Goldblum, I hit upon a great idea for a movie he would absolutely shine in. Not that Goldblum doesn’t give a rich and savory performance in Adam — he does. But he needs to star in a vehicle that won’t get in the way of his naturally smooth charm. He’s never quite been in such a film. And he’s in a prime condition right now. And the clock is ticking.

I’m thinking about a kind of remake — call it a revisiting — of My Dinner with Andre costarring Goldblum and Christopher Walken. Two older guys of roughly the same generation (Walken is a little bit older) shooting the shit over dinner for 90 minutes or so in midtown Manhattan. Can anyone think of a more entertaining pure-talk proposition? Both are seasoned charisma machines with live-wire personalities and smart-ass urban attitudes. And both have great voices and signature speaking styles.

The thing that triggered the idea was Goldblum telling me during our chat that he knows, likes and gets along well with Walken.

If I had the power and influence I would sit down with these guys and come up with some kind of fictional-situational backstory that could be discussed and picked through during their long chat, and then get them to sit down for a week’s worth of conversation. Shoot it on high-def video, cut the best passages together, and you’d have a great chit-chat movie. I for one would pay to see this. I have a feeling it would be a very popular DVD title. Everybody knows these two guys and what they’re about. And it wouldn’t cost very much to make. 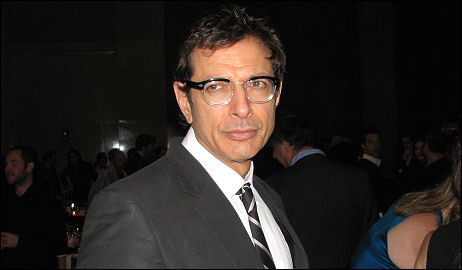 If not Goldblum and Walken, who would be a bigger attraction?

Wait…how about a short series of films about famous actors sitting down together and just yapping away? A DVD package of five or six, say. Maybe an HBO series.