The financial woes that KO’ed Rod Lurie‘s Nothing But The Truth last month were briefly forgotten when this incontestably fine film, which I called “Lurie’s best, hands down” in my 8.18.08 review, was honored last night as the opening attraction at the 2009 Santa Barbara Film Festival. 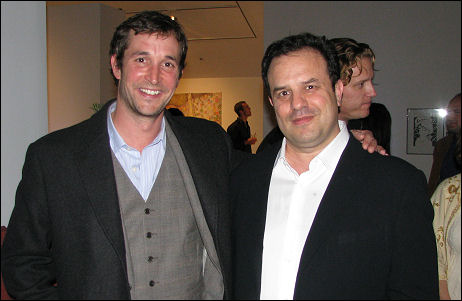 The Bob Yari Chapter 11 tragedy, announced on 12.13.08, turned Nothing But The Truth into an instant dead horse — no bookings, no ads, no nothin’.

I praised NBTT “because it’s feels smoother and crisper and more confidently dug into the soil than The Contender or Resurrecting The Champ or The Last Castle. It’s a growth-spurt thing, a movie that says, almost with a kind of shrug, ‘Okay, now I really know what I’m doing.’ And because each and every actor nails what they’ve been hired to do like the pros they are, and I don’t just mean the leads — Kate Beckinsale, Vera Farmiga, Alan Alda and Matt Dillon, all of whom hit triples and homers.

“I also mean costars Noah Wyle and David Schwimmer and even the homie-girl actresses who play Beckinsale’s cellmates when she goes to the pound for refusing to give up a source. I mean everyone up and down. Everybody delivers , nobody ‘acts.’ 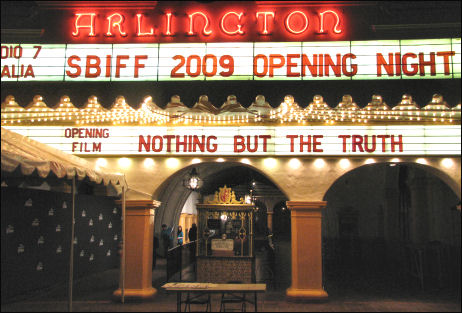 “Yes, I know and am friendly with Lurie, but I know good craft and good material when I see it, and I’m sure as hell not going to sit on what I know and feel because of a reverse-blowjob concern.”