I moved this morning from the shitty condo with the cold-air seeping through the living room window and no wifi and the total-agony mattress from Jakarta to a really sublime two-floor condo on Upper Norfolk (i.e., about 150 feet above Main Street) with great wifi, a comfy bed, a flat-screen TV, a nice kitchen, two full bathrooms, and a snow-covered outdoor porch with a great view. 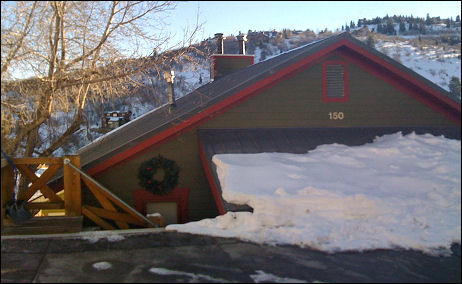 After moving my stuff to the new pad I took a cheap cab (only $5 bills — driver gave me a break) to the Yarrow hotel — the only place in town with decent free wifi — for a little work, and then walked across the frigid, snow-blown parking lo to the Holiday Cinemas to line up for the press screening of John Dower‘s Thriller in Manilla, a very decent doc about the long rivalry and bitter feud between Muhammud Ali and Joe Frazier that climaxed in their legendary1975 heavyweight championship bout in the Philiopines. (More on this later.)

But all this morning and some of the afternoon have been taken up by AT&T wi-fi air card issues. I had to download a new AT&T Communication Manager and load new drivers, etc. Then I had to call the AT& T tech guys again when something called “error 680” came up. Then I went over to the Park City Marriott to do some more writing only to discover that the free wi-fi is overloaded by too many people trying to use, the result being that the service stops after 10 minutes of use (or less). And the AT&T air card still isn’t working. It’s been hell, nothing but hell.