To go by early dvdforum reactions to the forthcoming French Connection Bluray (out 2.24), director William Friedkin has purposely degraded his Oscar-winning 1971 film by using a “pastel” process in order to present the originally intended feeling of New York grit. The result, say some, is “out of synch” and “bleeds horribly” — a VHS experience. 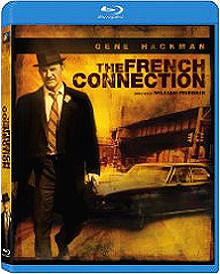 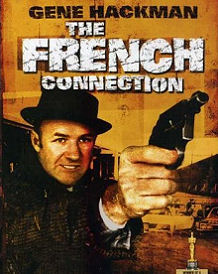 One viewer claims it looks “almost disconnected from the image…it bleeds horribly and looks like something from a dodgy VHS copy…no, I’m not exaggerating…if you pause the picture when Gene Hackman‘s Popeye Doyle is running in his Santa outfit, you’ll see swathes of red hanging in the air around him.”

Another writes that Friedkin “even says on the featurette that the film did not look this way originally , but with the advent of Blu-ray we can finally see his film(s) as he intended . [But] there’s a difference between looking authentically grainy and grubby and what Friedkin has put out here. It’s cruelly ironic that he’s used state-of-the-art HD post-processing to produce something that looks like a well-worn VHS rental. The color is so out -of-sync it’s laughable.”

In other words, it appears that Freidkin (a) agreed with what I wrote on 12.25, (b) tried to give his film a raw funky look in keeping with the spirit of the film to begin with, but (c) overdid it to the point that people are feeling ripped off.

“I was delighted with the sharp, robust, extra-clean image quality of the Fox Home Video French Connection DVD that came out in February ’05,” I wrote two weeks ago. “William Friedkin’s 1971 crime classic probably looked and sounded better than it ever had in Nixon-era theatres.

“But it’s not supposed to look too good. Too much attractiveness would take away from the raw-grit vibe that Owen Roizman‘s photography tried very hard to capture as he shot in various Manhattan, Brooklyn and other-borough locales. So I’m wondering what the point is going to be of the French Connection Blu-ray disc that’ll be out on 2.24.09.”

The above reactions have given me pause. I may just stick with the ’05 standard DVD and leave well enough alone.