Wall Street had a grotesque party, the lavishness of which has never been seen or experienced in the history of economically developed civilizations, and now the people who cruised along on the backwash of that party are going to have to pay for it. You, me, our children especially…sucking it on our knees for years to come, coping with annual deficits of $1.2 to $1.5 trillion on top of the usual burdens. Awful. 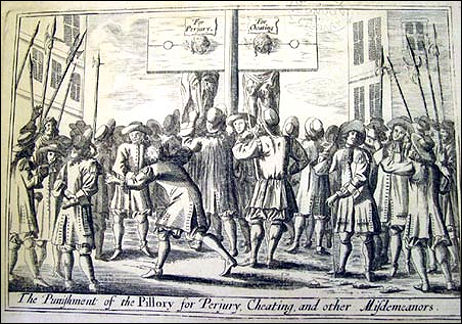 But without a sense of justice in this process, average middle-class citizens — especially the seniors — will be beside themselves with rage. Obama needs to go after the greedy bad guys and make them suffer for their misdeeds in ways that are vivid and theatrical and dramatically satisfying. Send the worst of the Wall Street scalawags to jail. Make the greedheads who don’t go to Sing Sing or Danbury or Leavenworth pick up trash in public parks while dressed in orange jumpsuits, and not just for 30 days — make them do it for two or three years, day in, day out. And take their money — take it right out of their bank accounts the way Charlton Heston led the Hebrew slaves to the grain silos of the high priests in The Ten Commandments — and distribute it to struggling small banks, deficit-plagued municipalities, crippled companies and the desperate poor.

People understand that everyone is going to have to make do with less, but they want and need to see justice meted out in a way they can see. All governments know that a failure to dispense and demonstrate an appropriate sense of justice will sooner or later result in a citizen’s revolt against the government. Make the bad guys suffer, President-Elect Obama, or else.