I’d like to be on a fly on the wall as Isabelle Huppert, jury president of the forthcoming 62nd Cannes Film Festival (5.13 to 5.24), steers the debate over Quentin Tarantino‘s Inglourious Basterds (Weinstein Co., 8.21). Except now that I think about it, Basterds — a surreal jape if I ever read one — is almost certain to play out-of-competition. Or am I being too straight-laced about this? 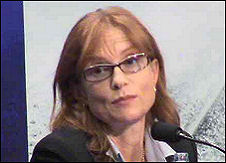 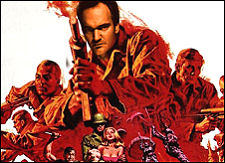 After reading the Basterds script last July I called it a “categorically insane World War II attitude comedy on top of a quasi-exploitation film about angry Jews paying back the Nazis for their many atrocities. It begins and ends in QT’s movie-nut head, and is very entertaining for that.

“It is absolutely the most inauthentic, bullshit-spewing World War II movie that anyone’s ever written. Every other line is a howl or a chortle. It almost could have been written by some 15 year-old suburban kid who used to play pretend WWII games with his friends when they were 10 or 11. Four or five times I literally laughed out loud, and that’s rare for me. And every scene is pure popcorn, pure shit-kickin’ Quentin, pure movie poontang.

The script “flaunts its fakery and movie ‘tude to such a degree that it’s pure adolescent (i.e., teenage boy) pleasure. The Europe it depicts doesn’t exist and never will exist, and that’s fine. The German and French characters are so idiotically cliched they almost sound like the kind of material that a John Candy SCTV skit would use. But not quite. It’s actually kind of perfect that way. The balance, I mean.

“The film is going to seem loony-tunes to some, and that’s good. The Cinema Paradiso section (pretty young Jewish refugee running a Paris cinema, changing reels, not smoking for fear of burning the stored silver nitrate film reels) goes on a bit, page 50 to 100, give or take. A lot of bodies hit the floor from page 100 to 165. A lotta blood and bullets. The violent finale is wackjob. It’s either insane beyond measure or wildly imaginative in a good way, or both.” 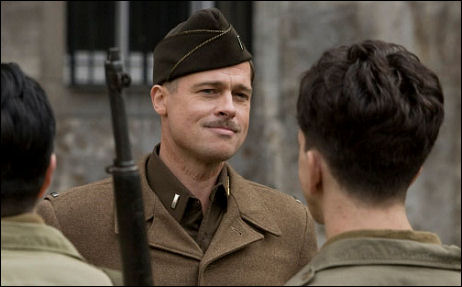