“Like everything else in the world, Oscar season is diminished these days,” producer Lynda Obst wrote a couple of days ago on the Atlantic site. “[And] this year’s Academy Awards are grim for a whole different set of reasons. We have no money [and] this year’s Oscar narrative offers us no clear direction out of this mess. 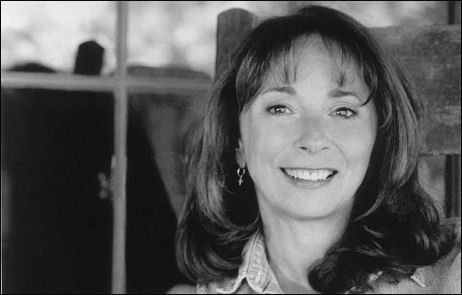 “Usually we clone our Best Pictures. So even though Slumdog turned out to be a major success — costing only $15 million and pulling in $88 million domestic and nearly $100 million international (and that’s before it wins best picture!) — that doesn’t mean that every studio can simply start making small, torture-meets-dance, director-oriented movies based in foreign capitals in order to turn a profit. This kind of movie’s success is just too hard to predict.

“But in an apparent act of masochism, we in the Academy didn’t see fit to nominate the picture — or its enormously gifted director. What were we thinking? Did we want no one to watch the Oscar telecast? As a business that depends on the availability of credit, and that suffers as more and more bootleg copies of our DVDs are being sold for $5 on the street corners of Flatbush and Beijing, we are at the precipice of an apocalypse. The Oscar telecast is the industry’s biggest promotional opportunity of the year. But the show’s viewership depends on the audience’s familiarity with the pictures. (The Oscars got their biggest ratings ever the year that Titanic swept).

Here’s why: Earlier this week I saw three New York stage plays — Moises Kaufman‘s 33 Variations with Jane Fonda, William Shakespeare‘s A Winter’s Tale at the Brooklyn Academy of Music, and You’re Welcome, America, the George Bush satire-spoof with Will Ferrell. The first two were “theatre” and the Ferrell-Bush was Vegas. Now, there’s nothing wrong with the people who’ve been paying to see the Ferrell show (it’s a huge success) but I was there at the Cort theatre and laughing along with everyone else and — I’m just being straight about this — the people at You’re Welcome, America were a different species than the ones who paid to see 33 Variations, and they live in an entirely different hemisphere than the ones who saw Will’s world at BAM’s Harvey theatre.

We all require our measures of dignity, but everyone understands Planet of the Apes shorthand so we all understand when I say that the Ferrell audience was mostly made up of gorillas, the Fonda fans were largely chimps and the Winter’s Tale fans were mostly orangutans. There were no gorillas there, I can tell you that.

I’ve said this so many times and for so many years it’s coming out of my ears, but life is finally not worth living and movies are finally not worth seeing with any regularity if you’re going to confine yourself to a gorilla realm. (Okay, sometimes, yes — not everything has to be for the 10% of the audience with taste. I can roll with that. Sometimes plain and simple and true are okay, or even nourishing.)

90% of America doesn’t get (and doesn’t want to get) quality-level movies that are about being what they are and standing their ground regardless of how many tickets they sell. Most commercial movies are obviously about trying to reach average Americans where they live. Obviously the realms overlap from time to time, but you can’t be a creative person by reaching down. Ask anyone who’s created anything good and lasting in any realm, and I don’t mean Gallagher.

People hate elitism but it’s a stone fact that most people out there are focused on love and kids and survival and living in the rough and tumble, and therefore not into ars gratia artis. That tends to translate into a kind of laziness — not venal or punishable but real. A national mainstream populace that’s at least somewhat uncouth, poorly read in terms of hardbacks and trade paperbacks and upscale sites, insufficiently travelled, coarse, unrefined, lacking in worldliness and sophistication, uneducated in many realms. (As I certainly am.)

People of all stripes and moods have enjoyed Fargo and No Country for Old Men and The Departed and other culture-bridging films but most of them will never see, much less enjoy or cherish, the really good rarified stuff that people who’ve been to Rome and Belize and know what a good bottle of wine tastes like or know how to play good guitar tend to prefer. And I don’t mean Ballast.

You can make movies for the popcorn crowd in the right way (i.e., profitably and respectably) but without the 10% of America that gets and embraces the truly transformative, less-than-100%-commercial realms, life in America would be a desert. It would a horror.

It would have made political sense, obviously, to nominate The Dark Knight for Best Picture because it’s a very entertaining and accomplished people movie, but it just wasn’t good enough — it was a slog to sit through, it was finally too Bush-Cheney in its political thinking, and it lasted way too long. It’s one of the best superhero movies ever (superhero flicks being their own realm and arena) but it was basically a high-end gorilla thing. And Best Picture nominees are supposed to be at least chimp-level. Everyone knows that.

I was really excited when I bought the Dark Knight Blu-ray. And then I took it home and popped it in and it just wouldn’t play. Except for the Heath Ledger scenes I began to feel a little bit bored around the one-hour mark, and I wound up giving up and going back to writing. I know for a fact that a movie that doesn’t play well a second time has a Really Big Problem. Face it.

The Oscars are probably going to gradually get smaller and smaller because most of the people who genuinely care about making (or voting for) movies with a semblance of real quality know that it’s a chimp and orangutan game out there. Gorilla values are fine in their place and in the right proportion (I eat at Jack in the Box, ride a motorcycle, etc.) but they will take us down into the pit if we let them set the tone. And everyone knows this, including Lynda Obst.

Let the Oscars settle down to the cultural strata where they belong, and let them draw the audience they finally deserve to draw. You can’t make life stay the same. Money and values shift around. Live with that.