A part of me would like to do the alpha male thing and watch the Super Bowl game, but it seems more fitting on my first night back in Manhattan to squirrel down to the Film Forum and watch Jerry Schatzberg‘s The Panic in Needle Park, which I haven’t seen in ages. (Why is there a “The” in front of the rest of the title? This implies that there was one famous/notorious panic in needle park that made headlines.) 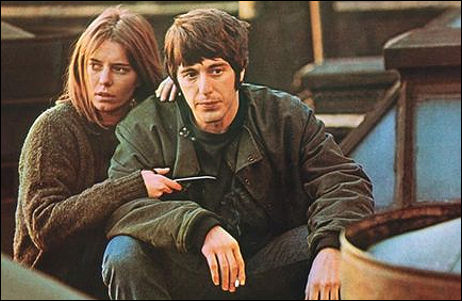 Speaking of Al Pacino, he and someone who looked an awful lot like John Cusack and a couple of others were watching a screening of Salomaybe? last Friday afternoon at the Aidikoff screening room, just before the 7 pm screening of Crossing Over. It appears that Salomaybe is an exploration of Oscar Wilde‘s Salome in the same way that Pacino’s Looking for Richard was about Shakespeare’s Richard III.