Four months from now another big Stanley Kubrick coffee-table book called Stanley Kubrick: The Napoleon Film will be published by Taschen, running 1900 pages and costing I don’t know what….just under $300 quid? Written by Allison Castle and edited by Christiane Kubrick (i.e., Kubrick’s widow), it will focus entirely on the famous Napoleon biopic that Kubrick began working on in ’68 and bailed on four or five years later — i.e., “the greatest film that Kubrick never made.” 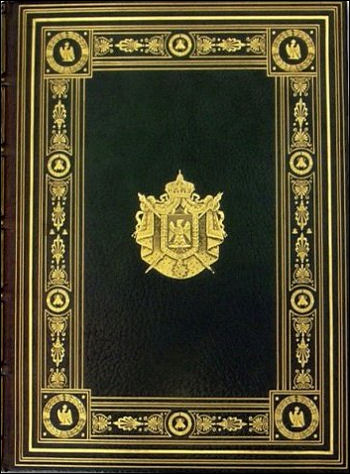 In a 1969 interview for his anthology book, The Film Director as Superstar, Joseph Gelmis asked Kubrick to define his passion about making a Napoleon movie.

“That’s a question that would really take this entire interview to answer,” Kubrick replied. “To begin with, he fascinates me. His life has been described as an epic poem of action. His sex life was worthy of Arthur Schnitzler. He was one of those rare men who move history and mold the destiny of their own times and of generations to come — in a very concrete sense, our own world is the result of Napoleon, just as the political and geographic map of postwar Europe is the result of World War Two.

“And, of course, there has never been a good or accurate movie about him. Also, I find that all the issues with which it concerns itself are oddly contemporary — the responsibilities and abuses of power, the dynamics of social revolution, the relationship of the individual to the state, war, militarism, etc., so this will not be just a dusty historic pageant but a film about the basic questions of our own times, as well as Napoleon’s.

“But even apart from those aspects of the story, the sheer drama and force of Napoleon’s life is a fantastic subject for a film biography. Forgetting everything else and just taking Napoleon’s romantic involvement with Josephine, for example, here you have one of the great obsessional passions of all time.”

It was said by Mystery Man after quoting the preceding passage that “Napoleon’s obsessional passion for Josephine is second only to Kubrick’s passion for Napoleon.”