“In Serbis politics isn’t a matter of slogans but of real bodies, which perhaps accounts for why it paradoxically unwinds in a movie theater,” N.Y. Times critic Manohla Dargis wrote last Friday. “The heavenly bodies that populate our films bring their own pleasures, of course, alighting on screen as if from a dream. The bodies in this movie are not heaven sent, but neither are they puppets in a cinematically contrived nightmare. 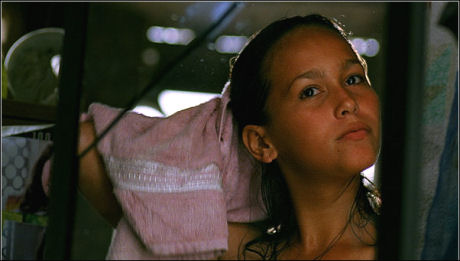 “Rather, they lust, sweat, desire and struggle with ferocious truth. In one scene a young man lances a boil on his rear with an empty bottle, a grotesquely funny affirmation of real life and real bodies at their most humble and humanly poignant. You might gag, but you definitely won’t forget it.”

February 2, 2009by Jeffrey Wells7 Comments
« Previous post
Endless Locker Delay
Next post »
“I See Where This Is Going”