“Sooner or later, you know you will crash into the densest of Armondic icebergs, i.e., Steven Spielberg. White regards the maker of E.T., Schindler’s List, and 1941 to be ‘the greatest of all American humanist directors, every bit the equal of John Ford…the measure by which all films and filmmakers must be judged.’ 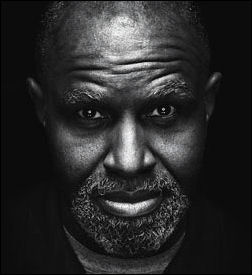 “The possible notion that Spielberg, eternal box-office boy-king of Hollywood, may embody the Reagan-Clintonist consumerism White claims has ruined serious film appreciation in this country is rejected with little more than a sardonic chuckle. For White, defending Spielberg is a waste of his breath, ‘a distraction.’ If you can’t grasp the self-evident greatness of A.I. and Munich, that’s your problem, not his.” — from Mark Jacobson‘s New York magazine profile of N.Y. Press critic Armond White, published on 2.15.