More interesting than Jude Law playing a tranvestite named “Minx” in Sally Potter‘s Rage, which will have its first press screening at the Berlin Film Festival this Sunday, is a post from Potter (appearing on her site) about the unusual cutting style of the film: 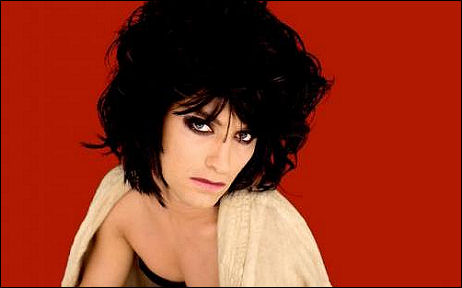 “Rage has been a consistent experience at every stage of the working process,” she states. “None of the usual rules seemed to apply. In the cutting room the handheld material (no cut-aways, no reverse angles) dictated a different way of editing. The so-called ‘language’ of film — where and how to cut to create pace and energy — seemed irrelevant, even fake, and was not an option.”

“Similarly, the sound world seemed to reach such degrees of ’emptiness’ in order to feel ‘full’, that we found we had to re-think the process of hearing itself. This is in large part because most of the big events and action in the story happen (audibly) off-screen. In parallel with listening to the character who is talking we have to absorb a lot of activity that is happening out of sight.

“The criteria was to search always for what kept us connected with the core of the material or the character. No empty effects, nothing redundant or gratuitous. It was kind of exhilarating to not be able to take anything for granted.”

As for Law’s character and the general subject matter:

“Part of the subject matter of Rage is the ugly use of beauty in the pursuit of profit,” Potter writes. “Drugged by marketing, sapped by fear of aging, conned by the cult of celebrity — image becomes all.”

“Law, whose beauty has sometimes been held against him as an actor, made the courageous decision to accept the role of Minx — a ‘celebrity super-model’ — and took on a kind of hyper-beauty for this persona…a ‘female’ beauty which gradually unravels as the story unfolds. Strangely, the more he became a ‘she’, coiffed and made-up, the more naked was his performance. There was great strength in his willingness to make himself vulnerable. It was an extraordinarily intense part of the shoot.”