I’ve just clarified the source of a 1995 Los Angeles magazine article about Terrence Malick that “TheJeff” excerpted last night, called “Waiting for Godot.” And I may as well make this a front-pager. The ’95 article was essentially based on a 1991 Malick piece I had worked on for months but failed to sell, called “Malick Aforethought.” A spruced-up, cut-down version was published by a Los Angeles editor, Andy Olstein, which I was pleased with and conflicted about at the time. The backstory still bugs me a little bit.

Terrence Malick (l.), myself sometime around in the mid ’90s (r.). If there’s a photo of Andy Olstein on the web, I couldn’t find it. Too bad the Los Angeles staff didn’t run a hand-drawn visualization of Olstein’s “Joe Gillis” figure back in the day.

I worked for Olstein at Los Angeles in ’95 and, I think, into ’96. Andy felt, as did many others, that my original Malick piece was a little too turgid and term-papery. (He was right.) So he enlivened it by pruning it down and inserting a narration penned by Andy’s Joe Gillis persona (Billy Wilder‘s Sunset Boulevard creation reborn as Andy’s hard-boiled alter ego, sipping mai tai’s at the Formosa Cafe). I think I was given a “researched by” or “reporting by” credit at the very end of the piece. I needed the money and the activity so I accepted the diminished status.

During the preparation of this piece I had managed, incidentally, the almost unheard-of feat of getting Malick to come to the phone. (He was staying at Mike Medavoy‘s, and I had just rung Mike’s house one afternoon, hoping I might get lucky.) Our conversation barely happened because of Malick’s historic aversion to sharing with journalists (then, before, now, forever), but I taped and transcribed what we said to each other. Olstein, committed to the Gillis authorship and keeping me out of the picture except as an assistant/researcher, used the transcript, of course, but as a conversation between Malick and Joe Gillis (!) And so people naturally presumed it hadn’t happened and was made up. Brilliant, Andy! My eternal thanks

Here‘s the portion of the article as it relates to Malick’s Q, which has manifested in some form in Malick’s forthcoming The Tree of Life. Full disclosure: I rewrote (i.e., pilfered) a paragraph or two from a first-rate piece called “Absence of Malick” by David Handleman, which ran in California magazine in November 1985.

“In the summer of 1978, Malick had begun work on Q — easily his most ambitious project. The original concept was a multicharacter drama set in the Middle East during World War I, with a prologue set in prehistoric times. But after dispatching an assistant for 10 weeks to scout locations, Malick chucked the Middle East section. By the end of the year, the prehistoric prologue had become the whole script. 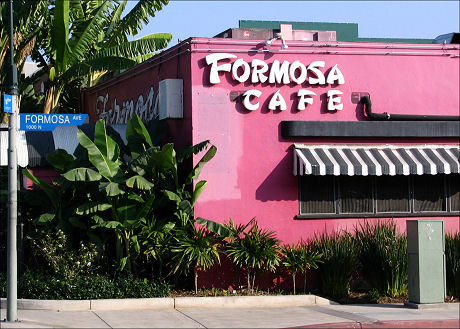 “‘Imagine this surrealistic reptilian world,’ says Richard Taylor, a special-effects consultant Malick hired. ‘There is this creature, a Minotaur, sleeping in the water, and he dreams about the evolution of the universe, seeing the earth change from a sea of magma to the earliest vegetation, to the dinosaurs, and then to man. It would be this metaphorical story that moves you through time.’

“Malick covered a lot of ground and spent a bundle of money preparing to film Q. By midsummer 1979, Paramount had become very frustrated trying to reconcile the mounting bills with the director’s ever-evolving concept.

“‘It got to the point that whatever people wanted, he wouldn’t give it to them,’ Taylor remembers. ‘Because he was expected to make a movie, he’d say, ‘I don’t want to.’ One day he went to France, and that was it.” What was thought to be a brief vacation turned into a permanent one. Says screenwriter Bill Witliff: ‘I think the more applause he got, the more frightened he got.’

“Much of Malick’s life since has been spent avoiding that fright. He lives now with his second wife (a former Parisian guidance counselor whom he married in 1988) and her daughter. He writes and travels, spending half his time in Paris and the other half at his apartment in Austin, with stopovers in Oklahoma to visit his brother and father. Or he pops up on either coast.

“In the last few years, Malick was said to be in New York working as an adviser on an experimental film; visiting Sam Shepard (the farmer in Days of Heaven) in Virginia armed with a 250-page version of Q that Shepard thought ‘absolutely brilliant but virtually unfilmable,’ according to mutual friend, writer-director Chris Cleveland; and attending a Pasadena Playhouse production, where screenwriter Tom Rickman asked him what he’d been doing lately. ‘Nothing’ was the reply.”