“I was watching Rush Limbaugh the other night, and I was horrified. I would have Rush Limbaugh drawn and quartered. He was sticking up for these Wall Street pigs. [I think] there should be public show trials, mass denunciations and executions.” — director-screenwriter John Milius, renowned for his conservative political views, speaking to CNN’s Thom Patterson. 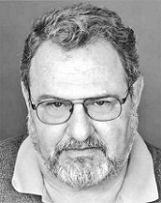 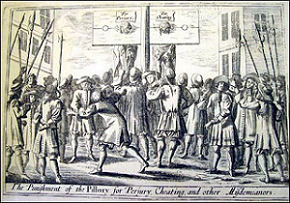 Milius has rarely been more right-on. I’m saying this because I said more or less the same thing in early January, calling not for mass executions but recommending that the Wall Street & Washington scum who led and deceived us into this abyss need to be publicly humiliated. People took this as a joke, but it wasn’t and it’s not. I mentioned this idea at a party last night to a smart guy who knows the financial ropes, and he chuckled. Only guys like Milius seem to understand the rightness of such a move.

“But without a sense of justice in this process, average middle-class citizens — especially the seniors — will be beside themselves with rage. Obama needs to go after the greedy bad guys and make them suffer for their misdeeds in ways that are vivid and theatrical and dramatically satisfying. Send the worst of the Wall Street scalawags to jail. Make the greedheads who don’t go to Sing Sing or Danbury or Leavenworth pick up trash in public parks while dressed in orange jumpsuits, and not just for 30 days — make them do it for two or three years, day in, day out. And take their money — take it right out of their bank accounts the way Charlton Heston led the Hebrew slaves to the grain silos of the high priests in The Ten Commandments — and distribute it to struggling small banks, deficit-plagued municipalities, crippled companies and the desperate poor.

“People understand that everyone is going to have to make do with less, but they want and need to see justice meted out in a way they can see. All governments know that a failure to dispense and demonstrate an appropriate sense of justice will sooner or later result in a citizen’s revolt against the government. The overall economic remedy will be complex and prolonged, but in this particular instance the answer is simple. Make the bad guys suffer. And that doesn’t mean slapping their wrists.”