Plato’s Retreat, the legendary Upper West Side hetero sex club, was enjoying its heyday when I first moved to Manhattan in early 1978. I wanted to go and at least look at what was happening, but you couldn’t attend stag and the women I was seeing at the time thought the place was too threatening or tacky. Plus I was so poor that I didn’t feel good about forking over the $25 or $35 admission fee plus drinks and whatnot. Plus I was a bit of a prude. 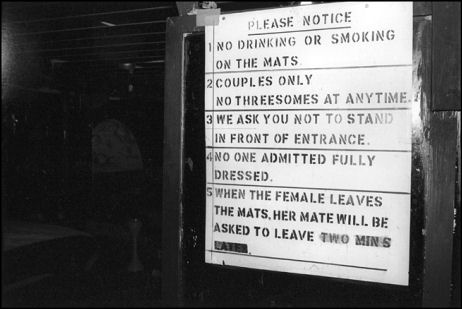 I catted around a lot back then (who didn’t?), but the idea of being in a cellar-level club with dozens of buck-naked strangers…well, okay, but random couplings with whomever seemed a bit much.

What I didn’t realize 30-odd years ago (and only now understand) is that patron-wise Plato’s Retreat, which operated out of the Ansonia hotel on West 74th Street, wasn’t a congregation of Manhattan elite. Certainly not in the Studio 54 sense. Take away the celebrities and journalists who occasionally dropped by (Buck Henry, Richard Dreyfuss, et. al.) and Plato’s was essentially a bridge-and-tunnel scene run by a Queens pizza-parlor type of guy named Larry Levenson.

A 9.22.02 N.Y. Times columnabout Levenson and Plato’s Retreat by Jon Hart reported that Plato’s “got its share of blue bloods and Wall Streeters, but the core clientele consisted of clock punchers from outside Manhattan, and committed heterosexual couples were the club’s base of support.”

What wised me up to all this was watching Mathew Kaufman and Jon Hart ‘s American Swing, a doc about the rise and fall of Levenson and Plato’s and the whole easy-nookie climate of the late ’60s, ’70s and early ’80s.

The film barely touches on the broader aspects of American sensuality and comme ci comme ca coupling back then (hippie movement beginnings, open relationships, swinger gatherings, etc.) and pretty much concentrates on Levenson’s wild ride, which lasted from the launch of Plato’s in ’77 until his IRS bust and subsequent imprisonment in ’81. The beginning of the AIDS epidemic in the mid ’80s brought the sex-club curtain down with a big wham.

So it’s basically the story of a dese-dem-dose kind of guy, and the movie itself — appropriately, I suppose — was made with a dese-dem-dose approach. It’s been painted, in other words, with a fairly common brush. It’s only 81 minutes long but it feels a bit longer because the visuals aren’t that grabby (a lot of low-grade monochrome video footage is used), there’s no Levenson to talk to (he died in ’99 of a heart attack) and Kaufman and Hart aren’t as curious as they could have been about some of the details, although they do a decent-enough job of telling the story. 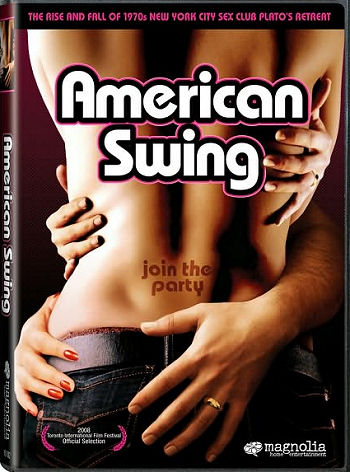 American Swing will open on a limited theatrical basis on 3.27 and then be released on DVD on 4.14.

Levenson’s life and personality are well explored but the filmmakers barely pay attention to his wife and onetime Plato’s co-host Mary, who also died nine or ten years ago. She was a constant senior presence in the Plato’s heyday, and yet Kaufman and Hart couldn’t tell me what brought about her relatively early death when I spoke to them last week. They said something about people who knew her (or were related) wanting to keep things private. That’s odd. A good documentarian never backs off from learning the final truth about anything.

Here‘s more from the Hart piece:

“Perhaps it was fitting that Plato’s Retreat was created by a congenial cave man of sorts, a Bronx native named Larry Levenson. ‘He was shallow intellectually,’ recalled his close friend Al Goldstein, the publisher of Screw magazine. ‘He never read a book, never went to a movie.’

“A former fast-food manager, Mr. Levenson was hawking ice cream at Coney Island when his life took a fateful turn. One night in 1976, in a Sheepshead Bay cocktail lounge, he met a voluptuous housewife who introduced him to the world of subterranean swing clubs. After the first-name-only introductions, Mr. Levenson, his date and several other couples would go to a high-rise in Hoboken, N.J., where they shed their clothes and snorted amyl nitrate.

”We’d swing the entire weekend,” Mr. Levenson said. But there was a problem. ”It was tough to find parking. By the time we got to swinging, it was 2 in the morning.”

“Acting as host of a series of floating parties, Mr. Levenson quickly became known as ‘the king of swing,’ but he thought his operation would work more efficiently with a single venue. When a well-connected Brooklyn caterer named Frank Pernice became aware of Mr. Levenson’s operation, he saw financial opportunity in such an approach. 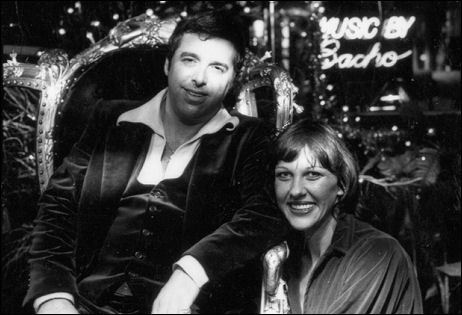 ”’Right now you have a grocery store,’ Mr. Pernice told Mr. Levenson. ‘I can turn it into a supermarket.’ Within months, the former home of the Continental Baths, a bath house for gay men in the basement of the Ansonia, had been transformed into a palace for public sex.

“From the start Plato’s was a smash hit, largely because of the relaxed atmosphere. ‘I always used to say there’s more pressure at a singles bar than at Plato’s Retreat,’ one scenester recalled. ‘There was so much, so available, so why pressure anyone?’

”’He added a friendly touch to the place,” one said. ‘He always used to tell couples if your marriage is in trouble, this won’t solve it. This is fun. This is extra.

”’Plato’s was welcome to anybody,’ Mr. Levenson said, ‘as long as you were a couple and you behaved yourself.’

“Which they did, despite the fact that many were probably high on Quaaludes, Plato’s drug of choice, which patrons stuffed into pouches emblazoned with the Plato’s logo, the same pouches featured in Vogue and which sold for $2 at Plato’s boutique.

“Celebrities stopped by to observe the scene while keeping their clothes on, among them the actor Richard Dreyfuss, an Ansonia resident who used to check out the action.

“Another visitor was the writer and actor Buck Henry. ‘We used to wander over there in the Saturday Night Live days to take a look,’ he recalled. ‘And of course we went there for the fine food.’ Besides the cuisine, did he engage? ‘Maybe,’ he replied.”