Conservative-minded actor Gary Sinise had made a support-the-troops Iraq War doc called Brothers at War. Who’s seen it? Is there an on-demand plan of some kind in the works? A filmmaker friend says Sinise’s film has “been suspiciously absent from festivals and just started a small run starting in military communities.” 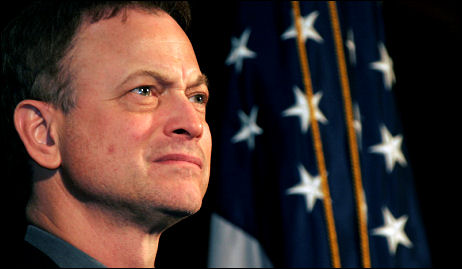 Why not air Brothers at War on HBO, which has attracted huge numbers by playing the red-state card with recent airings of Ross Katz ‘s Taking Chance? As I’ve noted once or twice before, Taking Chance‘s success is due to the way it massages feelings of heartland pride and patriotism, sadness over the death of too-young American soldiers, and a certain kind of sentimentality that associates itself with feelings of allegiance for the waging of the Iraq War.

In any event, Brothers at War and Taking Chance are discussed in this 3.13 Washington Times article by Sonny Bunch. The piece also quotes the Taking Chance argument that N.Y. Post Kyle Smith and I got into about two weeks ago.

Hey, whatever happened to Pat Dollard‘s Young Americans, which deals with his embed experiences with Iraq combat troops? He shot it…what, four years ago? Five? I have a feeling he’ll never finish this thing. I’d be sorry not to see it. I respect what Dollard did in going over there, etc. 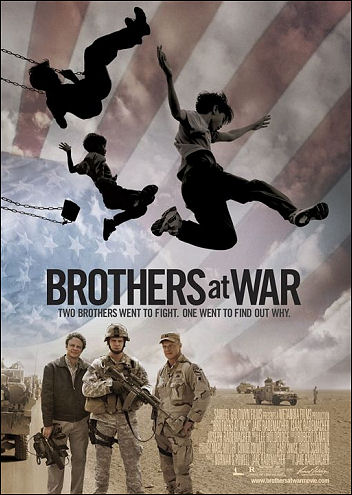