In his most recent Digital Bits column, restoration guru Robert Harris has announced a full-on drive to raise enough cash to digitally restore two versions of John Wayne‘s The Alamo — a 172-minute general release cut, which would be rendered in either 70mm or in digital 2K or 4K, and the full-boat 192-minute roadshow version (not counting the overture, entr’acte and exit music). 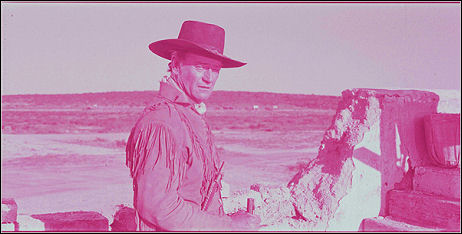 A frame of the original 70mm print of The Alamo as it exists today.

How many people out there are dying to see the three hour and 12 minute version of Wayne’s 1960 epic, restored to full and glorious perfection? Well, myself for one. I’m totally queer for lustruous large-format films of the ’50s and ’60s. But this project isn’t about anticipating public clamor as much as doing the right thing by a solid, engaging, well-crafted film about true-blue patriotism, and especially one valued by old-school conservatives who believe that preserving the memory of a valorous episode in Texas history is an essential, sacred duty.

I’ve been hearing about this project for years, but a commitment from MGM to render a 70mm print at the end of the year-long restoration process has been secured. Various other parties have stepped up to the financial plate in terms of pledges and whatnot. There’s no question that this beautifully shot, slightly stodgy epic needs to be digitally restored, as the original visual elements are pretty much degraded and cracked and faded all to hell. Is The Alamo a great film? No, but it’s a pretty good one, and Harris’s new venture deserves respect. 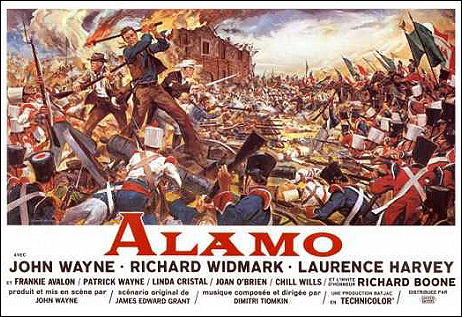