Yesterday the New Yorker‘s Richard Brody lamented the recent departure of Film Society of Lincoln Center’s film programmer Kent Jones while offering a possible reason for his having resigned (i.e., left for reasons not of his own making). 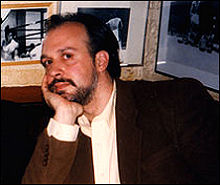 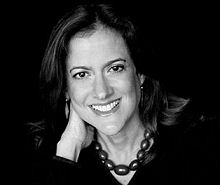 “I haven’t heard from [Jones] recently and don’t know the specifics of the situation, his departure is emblematic of a greater problem at the Film Society,” Brody wrote.

“In December, the Film Society presented ‘Spanish Cinema Now,’ which was ‘presented in collaboration with the Instituto de la Cinematografia y de las Artes Audiovisuales (ICAA) of the Spanish Ministry of Culture and the Instituto Cervantes of New York.’

“A similar program, ‘Open Roads: New Italian Cinema,’ was co-organized along with a host of organizations last June, including the ‘Ministero per i Beni e le Attivita Culturali (Direzione Generale per il Cinema).’

“And the week of Slovenian cinema last July was ‘presented by the Film Society of Lincoln Center in collaboration with and with major support from the Slovenian Film Fund.’

“Many of the films shown in these series are far from the best of world cinema,” Brody noted, adding that “these series seem to serve mainly the interests of the governments or national film agencies in question, whether to promote the country for tourism or to promote the movies for possible export.

“It is unimaginable that the New York Philharmonic would take money from, say, Spain’s or Slovenia’s Ministry of Culture in exchange for programming a series of works by composers from that country, or that the Metropolitan Opera or the Great Performers series would accept payment for featuring a particular country’s soprano or pianist.

“But Lincoln Center allows — perhaps even expects — the Film Society to dilute its curated programming with arrantly sponsored screenings of some inferior movies. As long as that happens, the Film Society will remain a hit-or-miss venue, its programming unreliable and its brand name less than sterling among New York’s cinephiles.

Postscript: Jones wrote me from Vienna last night to insist that he resigned and wasn’t “whacked.” I corrected my 3.12 story yesterday afternoon, but wrote back the following: “No offense, Kent, but nobody believes you just ‘resigned.’ They’re presuming, as I do, that work conditions under FSLC exec director Mara Manus led to a level of discomfort and dissatisfaction that you didn’t want to live with. Whether you initiated things by saying ‘I’m leaving’ or Manus initiated things by enforcing workplace policies that led to your departure is a minor distinction.”