Last night EW‘s Christina Spines posted a conversation with Fox Filmed Entertainment chairman Tom Rothman about the Wolverine piracy: “The version that went out is unfinished,” Rothman said. “It’s about 10 minutes shorter, it doesn’t have key scenes, it wasn’t [fully] edited, and none of the effects shots were in any remotely final form. It’s a complete misrepresentation of the film and is deeply unfair to the people who have worked on it for years.” 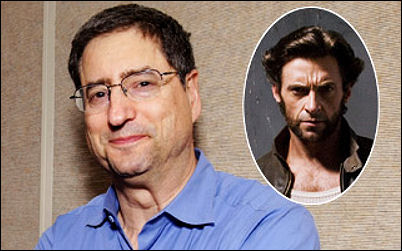 Rothman added that Fox and the FBI “are zeroing in on the culprits” and that “he feels confident that they’ll be able to name the perpetrators soon,” Spines reports.

“We, like everybody, thought our system was secure,” Rothman said. “Just like I’m sure there are lots of banks that get robbed that thought their vault was safe. We thought the post-production pipeline was secure at every juncture. But obviously, it’s self-evident that it wasn’t. I have a high level of confidence we’ll find out where the lapse in security was and we’ll bring the perpetrators to justice.

“The picture is not the kind of movie people get the whole experience of by watching on their computer. But other than The Hulk, I don’t think a movie with this kind of anticipation has been stolen. And it’s also a big deal because of how early it is.”

Rothman told Spines that both he and Wolverine star Hugh Jackman have vowed to stop at nothing to get the movie out to as many fans as possible.

“Hugh was heartbroken and hurt when he found out. He’s lived with this thing for 10 years. But he’s also a man and knows that life isn’t fair, and is more determined than ever. Hugh and I exchanged e-mails [and said that] basically we’re not going to let the bastards win. But we didn’t use the word ‘bastards.’ That’s a slightly sanitized version.”