My interview earlier today with Tyson director James Toback, which happened between 11:30 am and 1 pm at Manhattan’s Harvard Club, was easily the most spirited, relaxed and and enjoyable discussion I’ve had with anyone in a long while, taped or not. (Here’s more of the same.) Toback is one of the most sage observers I’ve ever known, and hands down the greatest gabber — not in a blah-blah, listen-to-me-talk sense but in the vein of a guy who just knows and doesn’t believe in trimming his sails. 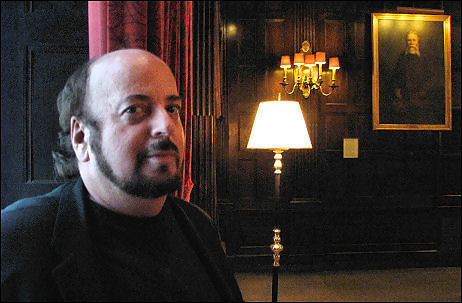 Intimidation (even the intimidation that beautiful women impose on the best of us) never seems to affect him. He doesn’t seem to know from hesitancy either. Which is why his discussions with Mike Tyson went so well, which is the main reason, I feel, why Tyson connects.

I had more fun listening to this after the fact (i.e., as I edited it down at a Monticello pizza parlor) than any taped conversation I’ve ever done for Hollywood Elsewhere. Seriously. In large part because our chat was substantive. Here’s part #1 and part #2.

In discussion #2 Toback told me something I didn’t know, which was that two days ago Tyson began to be illegally downloaded. He said that Sony Classics attorneys were doing what they could to have the file taken down, and that it might already be down as we spoke. Toback isn’t horribly disturbed by this as he tends to believe that illegal downloads are seenhelpful to films that have drawn good word-of-mouth. Which would include Tyson, of course.