In his just-posted review of Francis Coppola‘s Tetro, which will open the Director’s Fortnight program in Cannes, Variety‘s Todd McCarthy has at least one unqualified thing to say, which is that the film will “likely be most remembered for introducing a highly promising young actor, Alden Ehrenreich. 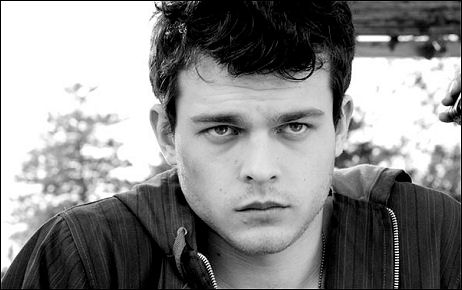 “Allegedly first noticed by Steven Spielberg in a homevideo played at a bat mitzvah and subsequently discovered by longtime casting ace and producer Fred Roos, the 18-year-old Ehrenreich manages the remarkable feat of resembling by turns three of the leading actors from The Departed.

“When he first appears, he looks like the younger brother of Leonardo DiCaprio; then, at certain moments, his smile and the look in his eye recall Jack Nicholson, while his head and facial shape are reminiscent of Matt Damon.

“Not only that, he has a winning screen presence and proves entirely up to the role’s dramatic requirements.”

While the film itself is “markedly better than [Copppola’s] previous small-scaled, self-financed film, Youth Without Youth, Tetro is still a work of modest ambition and appeal. Gloriously shot in mostly black-and-white widescreen in Buenos Aires, Coppola’s first original screenplay since 1974’s The Conversation hinges on the tension between two long-separated brothers dominated by an artistic genius father.

“The angst-ridden treatment of Oedipal issues makes the picture play out like a passably talented imitation of O’Neill, Williams, Miller and Inge, and thus it feels like the pale product of an over-tilled field.

“Coppola has spent much of his career, as well as a great deal of his own money, seeking the ideal state of truly independent filmmaking. The trouble, as always, is in being careful what you wish for, since when he finds creative nirvana, he frequently has trouble delivering the full goods. Tetro represents something of a middle ground in that respect.”