Last January I asked why the promise of Ryan Reynolds — i.e., that he might one day become the next Robert Redford — didn’t seem to be happening. And yet it could, I thought at the time. Reynolds has the looks, some decent chops and a certain planted quality that could put him into a special realm (perceptually, at least) if he were to land the right parts. 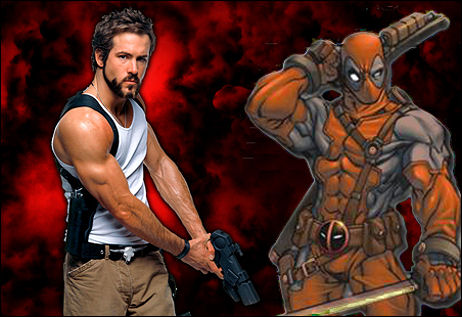 But now that Reynolds has been announced to star in his own Deadpool movie in another 20th Century Fox X-Men spinoff, I think that’s all she wrote. Reynolds’ upgrade into classic movie star status isn’t going to happen. Because this feels like a low-rent move. Box-office aside, Wolverine has weakened the X-Men brand and you just know (or strongly suspect) that a Deadpool film will almost certainly bring about further diminishment

Reynolds isn’t shifting into the big-time, I wrote, because “he’s basically a faux star — an agreeable lightweight lacking serious hunger and possibly lacking the necessary gravitas — trying to launch himself (or at least make it work in a limited way or…you know, hang on) in a degraded environment. He seems to be doing all he can to make it happen — engage, excite, arouse — but it’s just not coalescing.”