In a 6.7 N.Y. Times piece about the increasing prominence of web-based critics in movie-marketing campaigns, Michael Moses, executive vice president of national publicity for Universal, tells Brooks Barnes that “some of the best film writing and most substantive reviews are found online. Those sources are as legitimate as any other.”

And Mike Vollman, president of marketing for MGM and United Artists, says he “will probably rely more on quotes from blogs than from Time magazine and The Los Angeles Times” when he slaps together his campaigns for Fame, a remake of the 1980 musical, and Hot Tub Time Machine.

“The reality, and I’m sorry to tell you this, is that younger moviegoers are more likely to be influenced by a blog than by a newspaper critic,” Vollman said.

In Dave Kehr‘s 6.7 N.Y. Times review of Warner Home Video’s just-out DVD of Michelangelo Antonioni‘s Zabriskie Point (’70), he quotes a line spoken by the late Mark Frechette, who played the lead male role. I haven’t seen Zabriskie Point in eons and Kehr has obviously just seen it, but I’m 95% sure he slightly misquotes.

The line is spoken when Frechette stands up to speak during a meeting of lefty radicals who are talking about whether they’re willing to risk their lives in order to fight the pigs. My recollection is that Frechette says, “Well, I’m willing to die” — beat, beat — “of boredom.” And then he walks out. Kehr quotes Frechette as follows: “I, too, am ready to die for the revolution, but not of boredom.” Very slight difference and not a big deal, but I have pretty good recall.

Sidenote #1: “On August 29, 1973, Frechette and two members of [Mel Lyman’s] commune attempted to rob the New England Merchant’s Bank in the Fort Hill neighborhood in Boston. One of the members of the commune was killed by police and Frechette, who did not have bullets in his gun, was arrested and sentenced to the minimum security state prison in Norfolk, Massachusetts. He died under suspicious circumstances during a weightlifting accident when a 150-pound bar fell on his neck, allegedly choking him to death. Officials did not suspect foul play however questions arose over whethere Frechette had been suffering from depression.”

Sidenote #2: Harrison Ford’s Wikipedia bio says he “had an uncredited role in Michelangelo Antonioni’s 1970 film Zabriskie Point as an airport worker.” Whatever the accuracy of this, I doubt that Ford is the guy in this Great Escape clip — even though it looks just like him.

I wandered outside yesterday afternoon for something to eat, and when I began to head back I realized I’d left my keys inside and had locked myself out. It took 45 minutes to get back in, and the way I managed it drew a small crowd. Flashing firetruck lights, an extension ladder against the building, loud walkie-talkies, etc. The talk of the neighborhood.

My first move was to buzz myself into the building and ask the fat guy who lives upstairs if I could hang myself out of one of his windows and drop down to my level. His place looks out on a four-walled open-air space that adjoins an open window in my kitchen. He was cool about it, but said the only window is in the bathroom and I might not fit. He was right — strictly a job for the Asian guy from Ocean’s 11 — and it was too far to drop down anyway.

So I called a couple of locksmiths and was told it would probably cost $150. Didn’t like that at all. Then I remembered that my street-facing living-room window was open without a screen. Do you guys happen to have a ladder of any kind?, I said. “Why would we have a ladder?,” the guy said. “We’re locksmiths.” I went over to the hardware store across the street and asked if they had a ladder I could borrow — nope.

So I sucked it in and called the local fire department — took me a long while to finally get through — and asked if they’d mind doing me a favor. Less than ten minutes later a big shiny red truck arrived with three guys aboard. “Have you got ID that says you live here?” the top guy asked. Yes, I do, definitely. They took the ladder off the side of the truck and three minutes later my door was open, situation solved. Thanks, guys — good of you to do this. “You’re welcome, have a good day.”

“So far I’ve only succeeded in my dreams. I practice transcendental meditation and there is a phase where you’re meant to lift off the ground. It hasn’t happened yet. I’ll manage it one day. In fact, I’m aiming beyond levitation. I want to be able to fly like a superhero. I won’t be happy until I can fly across oceans and cities, saving people from being murdered.” — The Hangover costar Heather Graham quoted in an interview with London’s Daily Mail.

In The Americanization of Emily James Garner‘s character says a line to the effect that “nobody gets moral or spiritual unless they want to get something or get out of something.” Graham sounds like she’s in a relatively good place in her head, but I think she’s emphasizing her spiritual life in this interview as a way of saying “I’m fine with my career having cooled down and that I’m playing leads in indies that nobody sees and supporting roles in rowdy guy comedies. That’s all right with me because I’m tethered to something eternal and inspiring. And whatever happens, happens. I feel good.”

Ed Helms owns The Hangover. He puts out the most energy and and comic pizazz. By far. Zach Galifianakis, I have to say, disappointed me somewhat. Certainly in contrast to Helms. He’s just playing the primitive oafish infant who causes all the trouble…not impressed. Bradley Cooper scores nicely. I’ve never really tuned into him before, but he’s given his best performance yet. Justin Bartha is fine but he’s the absent sacrificial lamb. The second funniest guy is Ken Jeong — a madman.

I was fairly pleased with The Hangover. It’s much better than any number of drunk-adolescent-guys-get-into-into-serious-trouble-and-have-to-extricate-themselves-the-next-morning movies I’ve seen over the last 27 or 28 years, when the genre more or less began with films like Losin’ It and Risky Business. It put me in a good mood. I laughed from time to time. I loved the line about how “roofies” should be called “floories” because that’s where you always end up — on the floor. And the closing video montage that finally shows us what happened works nicely.

But it’s not a landmark film. It’s a B-plus. It takes a while to get going. (Jett leaned over at the 15-minute mark and whispered. “It’s not funny.”) But if I were a Warner Bros. exec, I’d definitely call for a sequel, especially considering what it made this weekend. 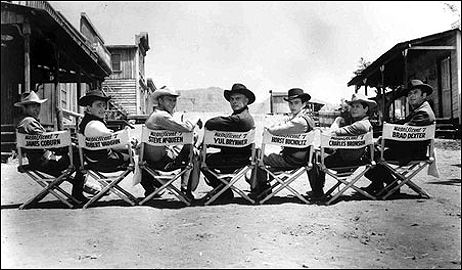 29 Comments
Blow It Off

This conceptual Invictus poster, posted yesterday by Ryan Adams on Awards Daily, is embarassing. Matt Damon, who plays rugby star Francois Pienaar, is wearing the same kind of green jacket that he’s been photographed wearing on Clint Eastwood‘s set, but without the dyed blonde hair. And it sure seems as if the rendering of Morgan Freeman, who plays Nelson Mandela, is taken from Million Dollar Baby. I mean, it’s just crap. Plus Adams says the IMDB “hasn’t yet caught up with the title change” from The Human Factor to Invictus. Except they have. 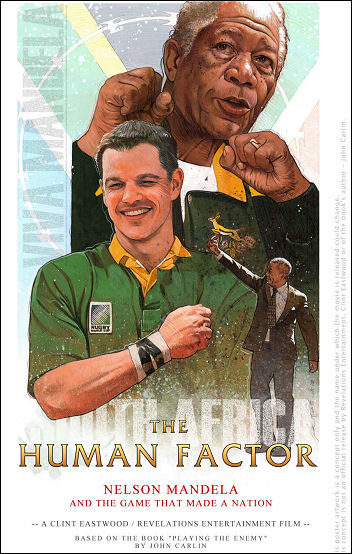 It’s worth suffering through this Dobie Gillis clip for the appearance of Warren Beatty, who’s onscreen from 3:15 to 4:23. The 22 year-old actor played the snooty jock Milton Armitage, Gillis’s romantic nemesis, for six episodes during the ’59-’60 season. The interesting thing is that Beatty, obviously in agony, didn’t use his own scruffy offbeat charm in order to steal the scene. He’s playing a rich and arrogant smoothie in a very immersive and low-key fashion. The affected blue-blood accent is the only concession to comedic sitcom acting.

The Bluray of Michael Wadleigh‘s director’s cut of Woodstock is a curiously beautiful thing to sit through. There’s something in the way it brings you back to ’69 and makes you feel the whole tingle of it, the way it felt “out there” before the festival kicked off and how the emotional generosity and benevolence from the crowd and the performers alike seemed to catch on and reverberate every which way.

I’m glad I own it, glad I’ve seen it. I’ll be watching portions from time to time over the summer. The Bluray mastering adds stronger colors and sharper detail to my recollection of how the film looked in theatres, although I haven’t watched the regular DVD version. The bottom line is that it was filmed in 16mm so it can only look so good. The sound, as you might imagine, is excellent and full of good throb, but I’m sure it all sounds better in a big theatre with heavy-duty speakers.

The best back-to-Woodstock experience would be for Warner Home Video to have a huge public screening on a massive screen at the original festival site in Bethel, New York. At night. With good food and drink and killer digital sound. But that’s not going to happen, apparently. 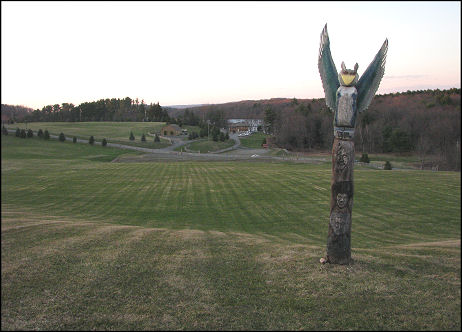