How can anyone watch this and not think Angel Heart? The hints are pretty strong.

The Playlist‘s Drew Taylor has noted a clue in a Criterion email newsletter that strongly suggests that Criterion will issue a deluxe dual-format edition of Steven Soderbergh‘s two-part Che in the fall. I would be astounded if they didn’t put out a Bluray version along with a standard DVD. Che was shot with a high-def “red” digital camera, of course. This is going to be really beautiful. 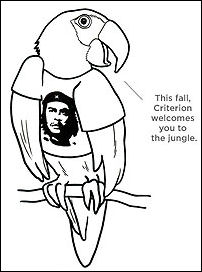 On the biography page of Holy Western Empire, the website apparently run by 89 year-old hatemonger and Holocaust Museum shooter James W. Von Brunn, it says that Von Brunn “holds a BachSci Journalism degree from a mid-Western university where he was president of SAE and played varsity football.”

Why is it that people of this bent always seem to have a penchant for bizarre secrecy, a liking for overripe adjectives and spelling and punctuation issues? “BachSci”? From “a” Midwestern university? There’s no hyphen between “mid” and “western.” I don’t think you capitalize “Commendation” or “Boat” following “PT.”

“During WWII [Von Brunn] served as PT-Boat captain, Lt. USNR, receiving a Commendation and four battle stars. For twenty years he was an advertising executive and film-producer in New York City. He is a member of Mensa, the high-IQ society.

“In 1981 Von Brunn attempted to place the treasonous Federal Reserve Board of Governors under legal, non-violent, citizens arrest. He was tried in a Washington, D.C. Superior Court; convicted by a Negro jury, Jew/Negro attorneys, and sentenced to prison for eleven years by a Jew judge. A Jew/Negro/White Court of Appeals denied his appeal. He served 6.5 years in federal prison.

“He is now an artist” — an artist! — “and author and lives on Maryland’s Eastern Shore.” 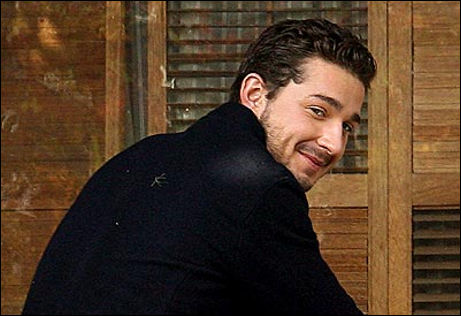 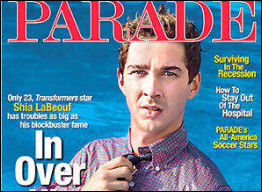 To hear it from the Toronto Star‘s Peter Howell, the runaway successes of four movies-without-stars — The Hangover, Star Trek, Paul Blart: Mall Cop and Taken — has sent a “loud and clear” message that the era of the bankable star “is fast fading, and may already be gone.”

Could The Taking of Pelham 1 2 3 — a superior version of a pretty good, much-loved ’70s film — signify the launch of a new wave of ’70s remakes? Not a bad idea on the surface, but which ’70s films are conceivably ripe for plucking? I’ve looked at a list of the 100 most admired ’70s films and thought it over, but not that deeply or thoroughly.

The key would be to avoid the landmark ’70s films and remake the ones that seem to have a shot at fitting into the 21st Century — i.e., those with a certain fluidity of theme which seem less iconic and invulnerable. This obviously leaves out remakes of the Godfather films, A Clockwork Orange, Chinatown, Barry Lyndon, etc. I’ve come up with 21 that could work again — maybe.

M*A*S*H (’70), d: Robert Altman. Verdict: Conceivably. The ’60s ‘tude and loose-shoe alchemy that went into Altman’s original could never be duplicated or imitated, and what would be the point if someone managed a half-decent job of this? But the premise — hepcat military surgeons saving the lives of soldiers and getting with away all sorts of irreverence and hooliganism during their off-duty hours — is eternally cool. Transplant to Iraq or stay with the Korean War?

The Gypsy Moths (’69), d: John Frankenheimer. Verdict: I’m not sure. Maybe. A troupe of existential wanderers/death-tempters in the form of skydivers interact with residents of a small town prior to and after a local performance. Do skydivers do this any more? (Forget the year of release — Moths is a ’70s film.)

The Outfit (’74), d: John Flynn. Verdict: Yes! As long as they remake it in the same hardball, stripped-down fashion of the original, which costarred Robert Duvall, Joe Don Baker, Robert Ryan.

One Flew Over the Cuckoo’s Nest (’75), d: Milos Forman.Verdict: Maybe. It has a kind of timeless appeal. There are probably tens of millions of under-30s who’ve never heard of the ’76 original, much less seen it. Casting suggestions for the new McMurphy and Nurse Ratched?

Mean Streets (’73), d: Martin Scorsese. Rethought and reconfigured, the story of a flawed but at least semi-focused ne’er-do-well doing what he can to protect and guide a throughly irresponsible and self-destructive friend could work again.

Other potential 21st Century adaptables: McCabe and Mrs. Miller, Scenes from a Marriage, Day for Night, Days of Heaven, Alice Doesn’t Live Here Anymore, The Hospital, Shampoo , The Last Detail, The Man Who Fell to Earth, Klute, Sunday, Bloody Sunday, The Candidate, Save the Tiger, Heaven Can Wait. Comments?

Sometimes when I’ve been driving for long stretches on high-speed roads I’ll slip into a zone-out realm that gradually starts to feel like I’m watching television. I “forget,” in a sense, that I’m driving a car or a motorcycle in a real-time, real-world, don’t-go-too-fast-or-you’ll-get-a-ticket sense. I’m in a realm that’s partly visual-aural-sensual but is half imaginative-meditative. And then the mind-trip side starts to grow and expand and before you know it you’ve gone into this head-pocket rabbit hole and you’re not really paying attention. And suddenly you go “whoa!” and say to yourself, “Wake the hell up! I’m here now…this is real!”

This doesn’t just happen on highways. It happens when I’m writing (which is good, of course — a process that I don’t want to shake myself out of) and at boring parties or panel discussions, and sometimes when I’m especially tired or distracted (or both) and listening to someone explain something to me at length. I’ll be listening and then half-listening and before I know it the plug is out of the socket and I’m out the door and into the realm, and I’ll suddenly realize I’m standing next to a person and they’re saying something that I’ve completely lost the thread of.

I don’t want to be rude and say “Wait…I’m sorry but I started zoning out a couple of minutes ago…what are we talking about again?” What I’ll do is snap out of it enough to say to myself “wake up!” while saying to the person “uh-huh” or “I see” or “yeah, yeah.” And then I’ll ask them to rephrase something they’ve just said — “So you’re telling me that so-and-so or such-and-such…?” And when they do this I’ll re-realize or remember what we were talking about and then things are okay.

The right choices — the smartest move, the wisest path, the most considerate or responsible or least self-destructive course of action — never flash across my brainpan flatscreen as written messages — words running right to left saying “you really need to pay your utility bills today” or “you really need to send some ten chili dogs over to the North Bergen fire department.” The right thing to do always comes as a very light tap on the shoulder — so light and subtle sometimes that coarse or undeveloped people don’t even know they’re being “spoken to,” as it were. It’s like a barely audible elevator tone in the mind….ping. The words don’t have to be repeated or written down or verbalized — you just know the right course. When I was younger I used to get these signals and go “yeah, maybe…worth considering.” Now I don’t mess around. When the voice tells me what to do, I do it. The voice knows.

Five days ago firstshowing.net‘s Alex Billington posted a new Howl photo — Aaron Tveit and James Franco posing to imitate a semi-famous shot of lifetime companions Peter Orlovsky and Allen Ginsberg. Two days ago Awards Daily re-posted the shot alongside the original still (provided by Joao Mattos) of Orlovsky and Ginsberg in the mid ’50s. Then I came along and decided to emphasize the symmetry by recropping, etc. 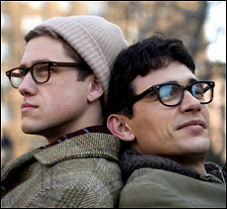 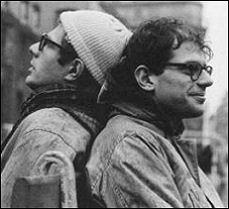 Directed by Rob Epstein and Jeffrey Friedman, Howl is basically about the obscenity charges that Ginsberg had to face in ’57 following the publication of his seminal poem (i.e., “I saw the best minds of my generation destroyed by madness, starving hysterical naked, dragging themselves through the negro streets at dawn looking for an angry fix,angelheaded hipsters burning for the ancient heavenly connection to the starry dynamo in the machinery of night“). Howl has no distributor and wil probably, I’m guessing, turn up at the Toronto Film Festival. Gus Van Sant is the exec producer. Whoever acquires Howl probably won’t open it until early 2010.

Could 500 Days of Summer be the first film in which Joseph Gordon-Levitt doesn’t give a twitchy, mannered, off-tempo performance and actually passes for semi-normal? Are we witnessing a temporary moratorium on affected humanoid actorishness? I for one am disappointed. I go to JGL movies to experience irritation and annoyance to such a degree that I start twitching and convulsing and finally walk out. I missed 500 Days of Summer at Sundance, but I have a feeling…no, a belief I’ll probably make it to the end.