USA Today‘s Anthony Breznican is basically saying that esteem-wise Paramount’s G.,I. Joe (8.7) is all but dead, dead, deader-than-dead. Meaning that the cool cognescenti have either written it off or will soon enough. All of which has zero bearing, of course, on the millions of suckers out there who will pay to see it opening weekend no matter what.

Rhythm & Hues is one of the five top-of-the-line visual effects companies operating today. (The other four are Digital Domain, Sony Imageworks, Weta and Industrial Light and Magic.) R&H delivers first-rate animation effects, is staffed by really nice people, has a serene work environment (employees are allowed to bring their dogs to the office) and so on. But what impressed me the most about today’s visit was the same thing that got me when the InFilm group visited Digital Domain two days ago — i.e., the digital projection quality in the companies’ respective screening rooms. 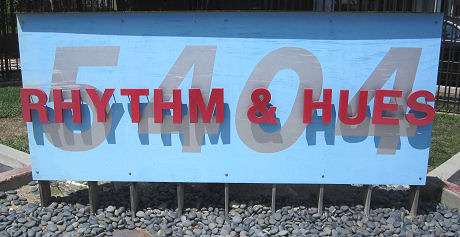 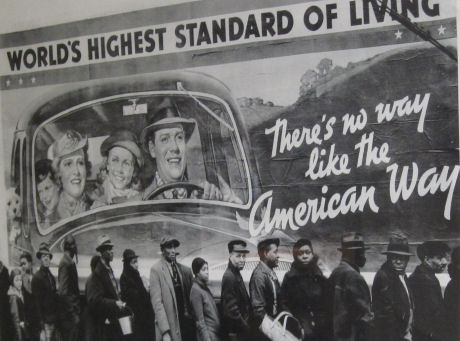 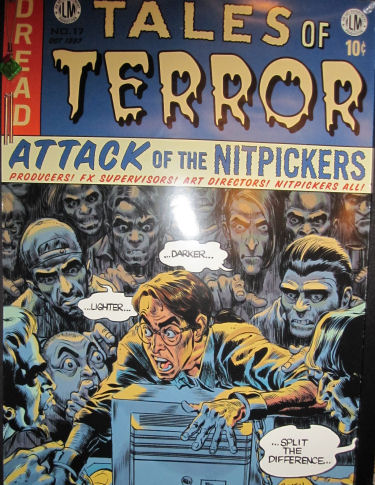 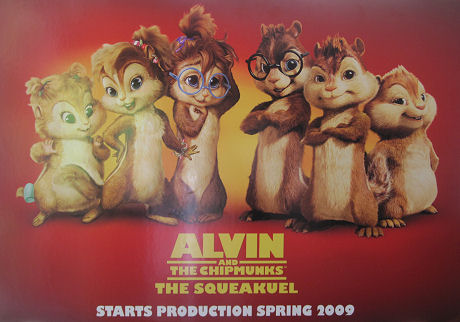 There’s still no comparing the quality of the projected digital projection in these rooms (provided in both houses by a Christie DP 2000) to what most people see in even the best theatres equipped with digital projection. I was amazed when some simple white-on-black titles appeared on the Digital Domain screen. The letters were bright, sharp, rock-steady perfect. In theatres white-on-black titles are almost always fuzzy and/or ghostly, and sometimes simply unfocused. This isn’t a huge deal if you haven’t seen digital images the way they’re meant to be seen. But once you’ve been to Paris they’re’s no settling for the farm.

This afternoon (i.e., about three hours ago) the InFilm crew visited the Marina del Rey headquarters of Rhythm & Hues, the big-time visual effects and animation house. Below is an mp4 of the company’s digital nerve -center room where all the hard drives and processors operate 24/7. The climate is similar to that of a treeless plain in Northern Canada in late November.

Sharon Waxman‘s recent report that Universal tried to convince Judd Apatow to cut 30 minutes out of Funny People “is not true at all,” the director-writer has told Movieline.

“They were always supportive of the length, and in fact when the movie was pitched, it was pitched as a movie that would be ten to fifteen minutes longer than Knocked Up — that was part of the original presentation. Do they wish I handed them a 90-minute version? Of course. But I think they think that about every film that’s made.”

I’d like to describe the ways in which Rex Reed‘s review of Funny People is a vile deviation from appropriate respect and fair-mindedness, but it is one of those rare times when I am at a loss for words. He calls director-writer Judd Apatow “the most tasteless no-talent and truthfully alleged ‘director’ since John Waters and the Farrelly brothers,” derides Knocked Up as “abominable” and calls Funny People “a 146-minute mental lapse that should have been dipped in hydrochloric acid in the editing lab.” Nobody’s “right’ or “wrong” in these matters but at the very least Reed’s rash and excitable judgments throw the film’s virtues (the self-regarding candor and emotional intimacy) out with the bathwater.

Quentin Tarantino‘s somewhat altered cut of Inglorious Basterds is, I’m told, screening today in Los Angeles. I would have liked to attend but InFilm calls. It would have been fun trying to pinpoint which portions of the Cannes cut have been deep-sixed, etc. Not that the changes make a huge bottom-line difference. Joe Popcorn is going to find it too talky by half.

My InFilm touring-around has made it difficult to write anything of any length and keep up with breaking stories, although I’m getting some licks in here and there. I’m writing this from a nice outdoor patio adjacent to a Starbucks located next to Warner Bros. studios. The gang is taking the studio tour, which involves cruising around the lot on one of those little trams…good God. I figured my time would be better spent catching up. I know that lot almost as well as Joel Silver.

A 7.28 N.Y. Times article by Kim Severson made a big to-do about the natural-looking, presumably mouth-watering capturings of various gourmet dishes in Nora Ephron‘s Julie & Julia. This resulted from Ephron being a devoted life-long foodie as well as from the exacting attentions of Susan Spungen, the movie’s food stylist.

Why, then, did Variety‘s Justin Chang write that the film disappoints by failing to offer “glorious culinary eye candy on the level of Babette’s Feast or Eat Drink Man Woman“? He also noted that “whatever auds make of Julie & Julia, it’s hard to imagine that Child herself, an unapologetic Francophile with one hell of an appetite, would have been much of a fan.”

September’s Toronto Film Festival (9.10 through 9.19) will debut Michael Moore‘s Capitalism: A Love Story — an expected but welcome addition — as well as Joel and Ethan Coen‘s A Serious Man, their “Jews in Minnesota” period comedy which I’ve been told works so well that the lack of star names will not be a problem.

Drew Barrymore‘s Whip It, which a friend says is a very decent little sports film-slash-character study, will also debut at the festival. 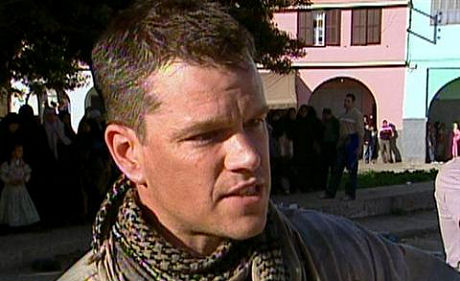