I don’t know about all the blisters and leprosy-bubbles in Park Chan-wook‘s Thirst (Focus Features, 7.31), which I saw last night, but I know about Kim Ok-bin, who plays the lead. In my opinion she’s the true star of the film — the reason you need to see it. She actually is the star in that this Korean-made vampire film is based on Emile Zola ‘s Therese Raquin, with Ok-bin playing the Therese role.

In my head I’ve begun calling her the Korean Isabelle Huppert — the crazy Huppert, I mean, by way of My Mother and The Piano Teacher.

The actual lead — the part of a priest who becomes infected with vampire blood — is played by Song Kang-ho, who’s described in a line in the press notes as “the Korean Tom Hanks.” The story is about Song’s vampiric nature leading him into an affair with Kim’s character, who sees herself as trapped in a grotesque and confining relationship and dying for release.

If I were marketing Thirst I would emphasize that these scenes have some of the panting urgency of the sex scenes in Last Tango in Paris and In The Realm of the Senses. And that Kim Ok-bin’s impish live-wire acting is something of a discovery in this context. In the early scenes her expressions of disgust (at her family situation) and hints of inner perversity are quite alluring. She ends up convincing you that her desire to escape on a wave of abandon has brought her to a state of ecstatic madness. 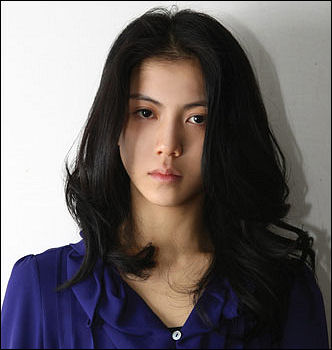